The date: August 15, 1939. The place:   Storstrombroen in Denmark. The people: a pilot, a copilot, two oil-company executives, a German corporate lawyer and a British member of Parliament.  A fiery crash, suspicious circumstances, conflicting reports, five deaths, and one survivor.  A world on the brink of war.  All true facts, all meticulously documented.

Add in Zionists, Palestinians, an arms race, the military industrial complex on three continents, psychics, nightmares, hypnotists, past life regression, a Peruvian shaman and espionage.  Garnish with a famous bridge and landmark notorious for Nazis gun placements, a watery grave for scores of Allied aircraft and a popular suicide destination.  Stir well and you have a really great action/suspense thriller.  All the elements are there.

Tom Clancy would have spun a tale of spy vs. spy, arms dealers, intercontinental assassins and Nazi infiltrators.  John Grisham could have produced a novel rife with Big Oil, political intrigue, corporate posturing, dirty dealings, and sabotage.  Dan Brown would have lead the reader down a maze of cold, hard facts and totalitarianism vs. deep conviction and heroic sacrifice, all against a backdrop of spiritual intensity and intricate relationships with consequences on a global scale spanning more than seven decades.

Unfortunately, Ms. Egan doesn't do any of these things.  Lost and floundering in a sea of conflicting loyalties (conventional scholarly research vs. journeys of faith), she cannot decide which approach to take, dabbles with each and ultimately accomplishes none.

In an attempt to better understand her grandfather and explain the reasons for his death, she poured her heart and soul into this book.  She sacrificed decades of her life and a significant amount of money to the effort.  She retraced her grandfather's footsteps and researched as carefully as any historian working on their doctorate dissertation.  However, her personal journey into the spiritual or supernatural arena left her doubting her own veracity (or at least growing fretful of what "true" historians would make of her work) and decided to make her research into fiction. 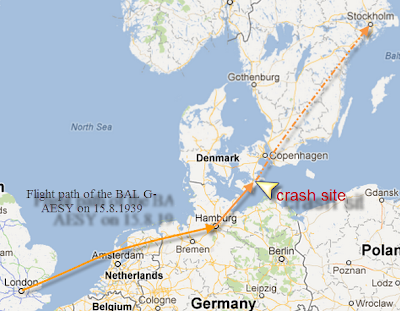 It doesn't work.  Rather than focusing on the story and victims of the airplane crash in 1939, this book becomes the story of Ms. Egan in 2010, researching the crash and the gentleman she encounters in the process whom they both believe is the reincarnated pilot, the sole survivor.  Working from opposite sides of the Atlantic, the pair pulled together all her research into the crash documentation, the guidance she received from psychics and the results of his hyponotherapy sessions with past life regression to come up with . . . . a sequence of events, at the very best.

She writes the bibliography right into the narrative.  Contrived emails and Skype conversations between the author and her one created character consist of reporting to one another what the narrator has already discussed, the results of their investigations.  The fabricated girlfriend and the real Canadian businessman living in London sit around in bed discussing what they have discovered while enjoying postcoital cigarettes and bottles of white wine.

Ms. Egan raises plenty of questions subsequent to her study of the documentation and crash investigation.  Her research is so comprehensive, she seems to know each passenger and investigator intimately.  She reports the facts of the anonymous gentleman's sessions and what he believes are the surviving pilot's experiences.  But nothing coalesces.  She doesn't truly commit to a theory, even fictitiously.

At the end of 379 painstaking pages, the strongest image she has created for the reader is of her study packed to the rafters with decades of accumulated books, folders, binders and file boxes.  One feels overwhelmed at the sheer volume of information and abandoned beneath an avalanche of musty-smelling and nicotine-stained photocopies.

Ms. Egan's narrative voice is strong and well-educated.  Her passion for her subject comes through on every page, as does her love for her grandfather, the strength of her faith, and her commitment to peace and humanity.  One has to admire the blood, sweat, and tears she has devoted to this work and her courage in exposing to the world her belief system which most would call unorthodox, at best.  I believe all of this invests her with the perfect right to write a non-fiction memoir without the thinly veiled attempts to fictionalize her experience.  One would hope she will.

Good thing I read to the end. I was wondering at the beginning if this book was a pass. =D

Be prepared to to spend some time on it. The PDF format made it difficult for my old eyes to read. Also, I had to force myself to finish it because my other commitments were piling up behind it. I'm a really fast reader, but this took me the better part of a week. Taken in light chunks and skipping over the documentation would help a great deal, I think.

Thanks Penny, I loved how you mentioned ALL the elements of the book. I am so sorry about the pdf. and your eyesight. It is the only affordable (free) way I can share with as many reviewers as possible..pity because TEXAS is a place I would have been happy to mail the paperback, and I feel terrible it was hard on your eyes! (I know at 53 I am very protective of mine) Thanks for taking the time to read and review and be sure to post it on AMAZON!