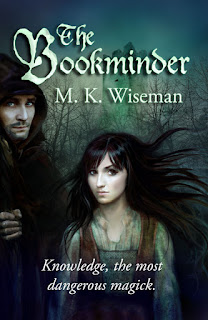 Sired by magick and violence, sixteen-year-old Liara is found guilty of witchcraft and banished from her tiny village by the very priest who raised, then betrayed her. However, a mysterious mage steps forward to assume custody of her: Nagarath, the Wizard of Parentino, whose secret spellwork has long protected both Liara and Dvigrad from the ravages of war.

Despite Liara’s best hopes, Nagarath refuses to apprentice her to his craft but tasks her instead with the restoration of his neglected library. Liara gleans what magickal knowledge she can on the sly, determined to learn, come what may. But the first test of her stolen knowledge goes awry and renews an evil wizard’s interest in the people of the Limska Draga valley.

Only by tapping Liara’s inherent magick and joining it with his own can Nagarath protect Parentino from suffering a horrible fate. However, her discovery of his secrets destroys their fragile trust and ignites the darker tendencies of her gift. Now, he must rescue her from the influence of his mortal enemy before their powerful new alliance destroys them all.

As a release of Xchyler Publishing, THE BOOKMINDER has probably been the most challenging for me both as editor-in-chief and as the content editor. Since 2013, the manuscript has gone through multiple production delays (can you say two brides?), at least three different content editors, multiple rewrites, a lengthy titling process, and lots and lots of collaboration with the author and our associate editor, Jessica Shen Fessler. With all the hitches, signing the amazing Egle Zioma to do the cover was an effortless slam-dunk. As the first installment of a three-part series, we wanted to get it right, all the work promised to deliver, and I took it on as a personal challenge to bring this project to fruition.

In the interim, Wiseman published two more short stories with Xchyler, including "Downward Mobility" in LEGENDS AND LORE: An Anthology of Mythic Proportions (2014), "Silver Scams" in MECHANIZED MASTERPIECES 2: An American Anthology (2015). Her original work, "Clockwork Ballet" which first brought her to Xchyler's attention, appeared in MECHANIZED MASTERPIECES: A Steampunk Anthology (2013). 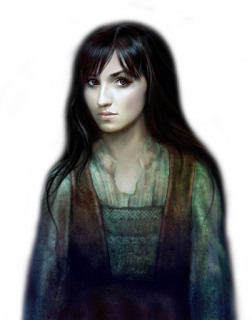 Despite all the setbacks, and delays we remained invested in this work because it's a great story. At the beginning of the endeavor, we outlined the entire series, and it promises to be an engrossing and entertaining hero journey that spans a continent. I confess, my love of history and Wiseman's knowledge of her time period strongly influenced our decision, and, just as THE BOOKMINDER provides a glimpse into the Istrian peninsula on the shores of the Adriatic at the time of the Venetian Republic, the Renaissance in full bloom, further installments promise to be as sumptuous as the court of Louis XIV.

Wiseman's world building is imaginative, her magical laws and theories fresh and well-thought-out, and her characters are not your run-of-the-mill YA coming-of-age grist. The setting and the premise are unique, her knowledge of her historical material impeccable. To say this book is well-researched is an understatement. In short, this work has been well-worth the pains of hammering out the challenges, and all of us learned a great deal along the way. 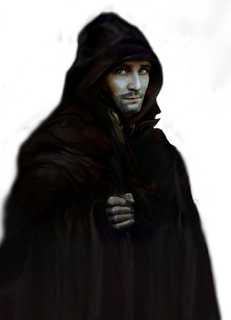 Liara is an orphan, raised as a ward of the Church but forever a second-class citizen in her tiny village due to the origins of her birth. To say she has a chip on her shoulder is an understatement. Liara is desperate for love and affection, but for her this translates into kleptomania and resentment. Not until a rumored mage appears from no where to take her into his custody does she begin to trust and discover there is more to herself than the magic she craves but has been forever denied. Under Nagarath's watchful eye, she at last gains the home she felt she had been denied all her life. And learns to appreciate the gifts she had already been given.

As for Nazareth, he presents as the classic absent-minded professor making all the wrong choices for all the right reasons. His efforts to protect Liara from the secrets of her past produce the opposite of his intent, and threaten to destroy everything Liara has grown to be in his custody. I most enjoy the relationship between Liara and Nazareth that becomes one of equality and mutual trust, and a growing realization that the mage is as much dependent upon Liara's friendship as she is upon his. The big question is, can they get over the wounds of their mutual past before it destroys the future promised by their fragile coalition?

Wiseman's characters are multidimensional, flawed, and in serious need of personal growth. They may prove a challenge to readers of fantasy who expect to find their heroes charming and surrounded by a halo of light from the opening page, but the rewards of getting to know them are well worth the effort.

Wiseman doesn't hold the reader at arm's length, but lets her own wealth of experience shine through, her characters getting up close and personal. Doing so allows them to feel meaty, rather than the cloying cotton-candy variety that one finds too often in YA fare. It's also a delight to stumble upon the little Easter eggs nestled within the text, each a small omage to Wiseman's personal experiences as a librarian, musician, and of Croatian extraction.

Make sure to follow each stop of the blog tour for the opportunity to enter our give-away every single day. Check out our Rafflecopter giveaway below, or check out the website here.

We're celebrating the release of THE BOOKMINDER by M. K. Wiseman with a blog tour and Rafflecopter give-away! Visit each blog each day for more chances to win lots of great prizes. If you like epic fantasy, you'll love this coming-of-age tale of magic and wizards set in the Renaissance era.

Don't forget to enter our blog tour Rafflecopter give-away below, on the blogs above,
on  our Facebook page, or on  Rafflecopter, with daily chances to win!