An unhappy divorce left its mark on my family, but without it, we would have never been blessed with my step-father who made all seven of us his own.  W. Leslie Neves is the "Daddy" of my childhood.  I was four when he and my mother wed.  Gentle, soft-spoken, loving and self-sacrificing, he was the great intercessor whenever I would knock heads with my mother as teenagers are wont to do.  He could always restore peace to our home.

Les never owned anything he would not sacrifice for my mother or us children.  After they wed, more were added.  Ultimately, he counted twelve children his own.  He hated his job at the IRS but sacrificed his dreams for us: the law school he had to abandon to care for us, his writing career that always got pushed back for something else.  But most dearly, he sacrificed himself, for his needs always came lowest and last.  We lost him in 1999 to cancer and he has been sorely missed.

Ironically, Glen F. Tarbet, my biological father, is the "Dad" of my adulthood.  Seven hundred miles of desert separated him from six of his seven children, but he performed miracles stretching the dollars to suit the distance at least twice a year.  My childhood is filled with fourteen-hour treks across the great deserts of the Intermountain West, Los Angelas to Salt Lake City and back again.  We would always fist-pump drivers of the big rigs we passed who would obligingly blow their big horns for us.  I can just imagine the sight: six kids piled into a long-finned station wagon, the windows rolled down, the wind ruffling through my sisters' long hair,  the tailgate window hosting two pair of dirty bare feet, each urchin with their nose stuck in a book.

Even so, three weeks in the summer and one every other Christmas never felt enough to forge a substantial relationship, but my dad never gave up trying. One by one, as his children have become adults he and first his second wife and then his third have devoted themselves to forging eternal bonds with all of their children and grandchildren. My dad, including his biological children and the children of his two other wives, counts 17 children who revere him as the patriarch of our family. He has more than seventy grand- and great-grandchildren.
My dad and Ann are the grandparents who for the past decade have traveled to every wedding and graduation.  They are the great-grands my grandchildren know and love.  They have made themselves indispensable to us.

Our family is a great, complicated tapestry, a myriad of colors and textures, light and dark, worn and frayed and plush and new.  But, woven through it all is the golden thread of my father's faith, his commitment to God and family, and his surety that the bonds forged here on earth will extend through the eternities.  We are so varied and far flung not all his progeny share his religion but all are grateful and know themselves blessed that he lives it.

Thanks, Dads.  You will always be my heroes.

PS:  Just the tiniest a glimpse of my dads' legacy. 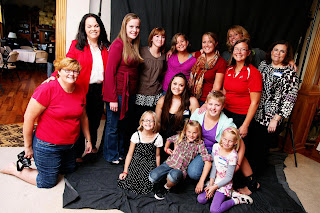 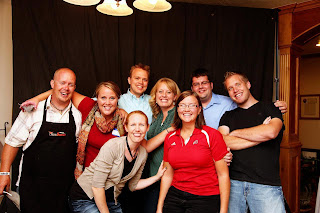 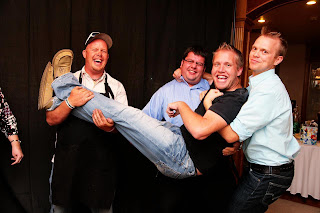 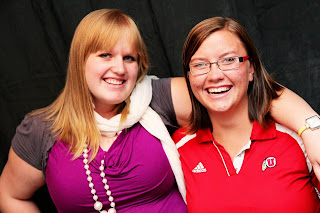 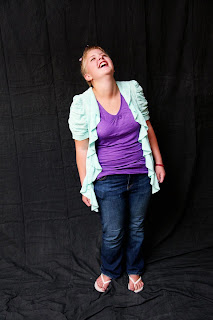 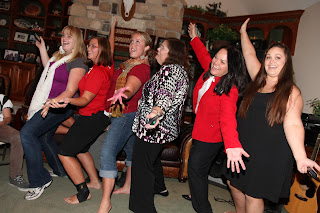 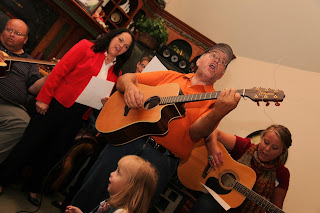 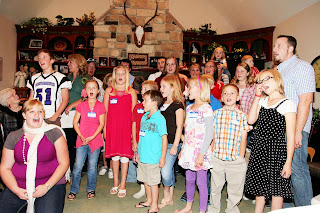 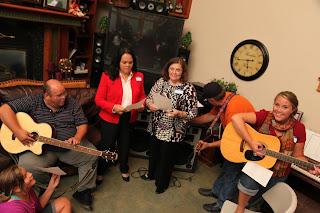 Thanks for posting this. It was wonderful to read.

Aw, Penny, this is a wonderful post. My father-in-law (first marriage) has been like that to my family. When my first husband (his adopted son) died, they were such a support to me and my children. When I remarried, they were still right there all the way.

What a wonderful tribute!

@Donna: Thanks. I always told my husband that if we ever split, I got to keep his folks. I was really fortunate with all three of my dads, and I love watching Dallas trying to emulate his dad with our daughters-in-law.

@Tomi: Thanks, and thanks for getting my dates right. :)