Novel Sequels: the possibilities are endless

at 3/28/2011 10:00:00 AM
Writing a sequel is a pretty simple business.  Your characters are all set up for you.  The conflicts, the impediments, the wild tangents, red herrings, and extraneous characters are all there.  One need but follow the path that is already laid out for them.  It is also rather important to stick to that path lest you lose your way altogether.  Writing a collateral sequel (or whatever they call telling the same story from a different character's point of view) is much the same.  When you decide to do such a thing, you have found another character at least equally if not more intriguing than your original protagonist.
Both endeavors are also expressions of dissatisfaction.  "Oh!  I love that book!  I think I'll write a sequel," isn't really accurate.  You love the characters, you love the plot line or the situation or the environment or society.  You love all those things, but you believe the author fell a bit short in the treatment of it.  You'll just tweak it a bit.
I am a pathologic malcontent when it comes to reading.  Nine times out of ten, a book finishes before I do.  I have been known to stay up the entire night reading, or losing an entire day immersed in some kinder, gentler, more civilized place (or, at the very least, more romantic).  I devour books that interest me like a starving man at a smorgasbord.  Then, I delve into the what-ifs and if-onlys scattered about in the debris.
I believe since I was old enough to read more than Dick and Jane (which was pretty early), I have lulled myself to sleep at night continuing stories that ended too soon.  Little House In the Big Woods by Laura Ingalls Wilder was probably one of the first and only partially sated my thirst.  I thought she stopped just when things really got interesting.  Laura, by the way, published her first novel at the age of 65.  There is hope for me yet!

The Scorpion and the Frog 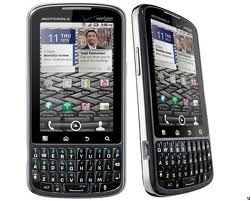 One would think I would learn to never drop my guard or take anything for granted when dealing with insurance companies, but alas and alack, they stuck it to me again.

We just switched over from AT&T to Verizon and got two new Motorola Droid Pro mobile phones for absolutely nothing, all for signing up.  Spiffy phones, no?  Wouldn't you insure them?

Perhaps not, but I am murder on my phone, and I knew I would be dropping it regularly, at the very least.  It would meet its demise when I wash it or forget it on top of my car or I drop it on the blacktop in the middle of a torrential rain or one of the grandbabies dumps it in the toilet.