at 8/03/2012 04:00:00 AM
Over on our Facebook Xchyler Publishing Authors Group, I've been challenging our writers with various scattered words for a flash fic a day, which also incorporates our word of the day.  Here are the results of our first challenge.  Words:  dragon, escalator, burrow, matte (word of the day). 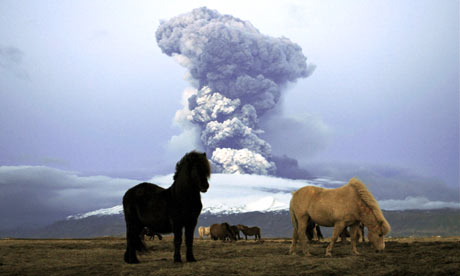 Down, down, down the stones steps etched into the side of the caldera zigzagged like escalators at a shopping mall from hell. Below, vented from beneath the deceptively blackened surface of the caldera, belched noxious fumes of brimstone and potash to create a sickly yellow-green haze. When I booked my Nordic cruise for summer holiday, no one mentioned this particular leg of the day trip into the Icelandic interior.

The whop-whop of the helicopter turbines pummeled the air as it hovered overhead, triggering a shower of razor-sharp shards of slag falling down upon my head. I crouched against the side of the cone, matte black and deceptively solid, for the unstable rock broke away at the least touch. I could not fathom what power stabilized those crumbling steps. I only knew it that same something drew me here. I knew it one and the same.

Over Burrowed in the deepest recesses of my mind, that primordial place where naught but animal instinct dwells, a voice sang to me and lured me to this place. Whether shrill and piercing or deep and rumbling, I could not say. It simply was, and it never left me. That voice called out to me in my dreams, made me restless and discontent, frustrated and filled with despair. It laid bare my empty, bleak existence and the grayness of my world.  It denied any reason to continue.

That same force usurped my meager savings and my carefully hoarded leave when it compelled me to book this holiday. It propelled my feet up the gangway of the cruise ship, knowing I forever left my life behind.

I unlatched the carabiner, then waved off my lifeline and only way out of that pit of doom. The helicopter disappeared over the lip of the cone, silence slammed into the crater, and I knew myself utterly alone. Helpless, hopeless, I knew I would never return.

The voice—that instinct—directed my hesitant footsteps. It picked my precarious way around the vents spewing death with each breath, and open hot pots spitting molten rock to the fragile crust of brittle stone. The voice possessed me as I entered a vent leading under the dome.  It whispered the end of all things, but like the pilot who simply met me at the helipad that morning, no questions asked, I answered its call. I could not flee the insanity.

At last, I reached the end of the blind tunnel I had followed deep within the bowels of the mountain. With nowhere left to go, all but prostrate with the unbearable heat, I surrendered to my inevitable death.

My knees buckled and I stumbled against the wall of the tunnel.  With my fall, it crumbled, and along with the rubble, I plunged into the depths of the fathomless chasm revealed beyond it. In free-fall, my terror exploded from my throat in an inhuman, bestial roar, scorched by flame.  Pain seared through every muscle and sinew as if they were ripping from my frame.  My arms flailed wildly, and as they caught the violent updrafts radiating from the inferno below, rescued from a fiery fate, as I shot upward and burst out of the mountain, at last I understood.

Glistening in the sunlight, I soared on my opalescent wings—the wings of a dragon. Free at last.

The Dragon Bell by Beth Lunyou

I stood at the foot of the mountain gazing at the shimmering mist hovering over the ornate roof of the Dragon Bell Tower. From the distance, I could see the curved tile of the roof, painted a variety of once brilliant colors still shouting of an ancient and proud past. Faded red columns supported the heavy structure surrounding the dragon bell like primeval soldiers. The bell had graced the mountain for thousands of years. A thrill went through my soul with a whisper hinting of primordial energy.

The moment of awe past as I saw the shining escalator protruding like a wound from the side of the mountain. Modern signs painted in grotesque red characters labeled the pathway to the famous structure. Tourists with cameras flashing tried to capture the grace of the past onto flat Polaroid paper. I glanced over the mass of modern humanity with disgust. I wanted to hear the whispers of the past echoing from the huge dragon bell, not the sounds of clicking Canons.

Ignoring the mass pushing toward the escalator, I chose to walk the winding path through the trees which would allow me to slowly climb toward the bell. One of the few who chose the pilgrimage over the new convenience, I found the pathway a balm on my irritation. Stopping, I closed my eyes. The smell of pine wafted around me on the gentle breeze lulling me into a peaceful still. I glanced to the side of the path as the crunch of tiny feet drew my concentration. I smiled as I watched a small chipmunk burrowing under a pile of pine needles. I pushed onward through the trees, grateful for the moment of peace away from the human cacophony.

Far too quickly, I immerged into the sea of humanity gawking around the Dragon Bell. I stood watching the crowd for a moment. Old men sat nearby with game boards playing a game that goes back to the time of the bell. Families lingered sharing joy. Maybe the masses had more beauty in them than I wanted to admit.

As the people drifted away, I found myself standing next to the bell. I looked up into the underskirt of the roof. Green pegs protruded from the wooden surface each one carefully decorated with orange tips covered in white blossoms. My eyes were drawn down the length of the red columns to the bell itself. The dark matte surface had casted scenes of dragons in flight. A giant carved pole, the size of a small tree was suspended from ropes pulled back as if ready to strike the bell at any moment. I didn’t feel any energy coming from the bell like I had hoped, but I did feel great awe that such a beautiful structure had survived the millenniums of warfare that ravaged the peninsula. Satisfied with my brief connection to the ancient past, I, like the rest, moved toward the overlook to see the South Sea glistening in the distance.

The Ghost and the Dragon by Eric White

I found it yesterday. I was making my rounds at the mall, cleaning up the waste that you people leave behind. I am invisible during the day, a ghost with a broom. You walk by me on your way to buy trinkets, baubles, and carb-filled delicacies that add to your collection of never having enough. But I don't mind being invisible. Ghosts can come and go as they please. Even ghosts with a mop in their hands.

I'm here long after you've all driven home to your suburban castles of imagined paradise and the metal medieval draw bridges have lowered on the store fronts. I pace the empty floors where seniors speed walk to add seconds to their elongated lifespans. I pass by the windows where you ogled frilly masquerades to cover your loneliness. I see you, even if you don't see me. Believe me, I'm not impressed.

I pause at the frozen belted waterfalls of the escalators. At night they are off and eerily silent. You get used to their constant thrum, delivering passengers up and down in lazy uselessness. But at night, their purring is quiet. I grasp the dull matte surface of the escalator's handrails. You almost need for them to move. Stepping down them while motionless feels unnatural. The vertigo gets you, know what I mean? Oh, right. How could you? They are never concrete when you are around.

I use my keys to access the basement level. Three flights of real steps, not cemented escalators, lead me to the service corridor. Only us ghosts down here. Tonight, I am the only ghost left around. Another key opens the dusty door at the hallway's end. This room houses the old furnace and air-conditioning equipment. They got new ones last summer. The old ones worked fine, but you people crave new like a junkie with the shakes. No matter. It wouldn't have been here if it was still in use. I would never have found it burrowing in the corner behind the disconnected heating units like a rat.

I walk over slowly. I hear its mewing. It sounds a little like the escalators do. Not quite the same, but close. It's curled up in a tight ball. I shine my flashlight over it, and the orange and blue scales glisten back at me. It moves its purple eyes my way. It stirs, but not much. You see, I've been feeding it the scraps of food you throw away while you are here. Half eaten hot dogs. Pieces of pretzels with cheese. That last slice of pizza you didn't need.

'Here ya go, baby. Eat up," I whisper as I throw her a bag of leftovers from the Panda Express in the food court. Its long snout buries in the bag, devouring what you needlessly throw away. A ghost feeding a dragon. Who'd of figured, huh? You never know what goes on in the mall after they turn off the lights and lock the doors.

Daisy skipped through the mall singing to herself as she went. Her red shoes, which she had selected simply because they were in her favourite colour, tapped along the tiled floor and towards the exit sign. As she rounded the corner she stopped dead in her tracks. Her heart pounded wildly. The black steps of the escalator rose sharply into the air and little Daisy began to shuffle backwards.

‘What is it, Daisy?’ asked her mother as she tossed her platinum blonde hair. ‘I can’t go up there,’ Daisy replied shakily, her tiny hand pointing towards the steps. ‘Why ever not?’

‘Because of the dragon!’ Daisy’s eyes burned with tears, her fear getting the better of her. She continued to back away, eyes wide and hands trembling. ‘Dragon?’ laughed her mother, who was more concerned with the matte lustre of her navy pumps than she was her daughter’s terror.

‘It burrowed under there just last week, I watched it. And it’s huge! I am not going up there.’ Daisy folded her tiny arms across her chest and planted her feet firmly on the ground. Her mother sighed heavily and grabbed her defiant daughter’s hand before beginning to drag her towards the escalator.

‘Well, I am not going to walk the long way around just because you feel like being awkward.’ Daisy saw images of the enormous dragon in her mind, the long tail had curled around the leg of a huge man as it had forced its huge green belly underneath the escalator. Daisy shuddered and began to pull away from her mother and began to scream so loudly that her throat burned and her lungs tightened.

Slowly, underneath the churning metal steps, a scaled claw began to unfurl.