. . . Through gritty, gut wrenching prose Mills’s heroic and courageous storytelling exposes the horrors of dictatorship and the mindless cruelty that flows from political repression. It also sends a message of hope, inspiration, and faith in the human heart. Mills’s The Reckoning masterfully weaves the real horrors of Saddam Hussein’s Iraq with the rich threads of a compelling fictional narrative as raw and real as anything taken from today’s political headlines.  . . .more

Okay.  The synopsis gives a wonderful idea of what this book is about, but not the plot.  So, here goes: beginning in the summer of 2002, our heroine, Theresa, a freelance journalist after a story, illegally crosses out of Kurdish-controlled northern Iraq and is spotted by the Islamist fundamentalist group, the Ansari, which leads to her apprehension by the Iraqi army.  With her are arrested her cameraman, Peter (who is in love with her), and her three Kurdish guides (a father and two sons). 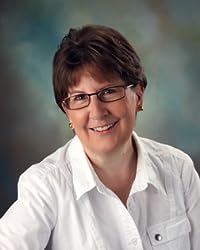 Just a few months before the US invasion, Saddam Hussein and George W. Bush are rattling sabers at one another.  The atmosphere in totalitarian Iraq is one of fear and suspicion.  Terror reigns.  In the book, we follow Theresa, Peter, Jalal, Massoud, and Barham as they endure isolation, starvation, torture and a number of other horrors in the hands of the Mukhabarat, the Iraqi secret police.  When Theresa's history of living in Iraq as a child comes to light, her situation becomes nearly hopeless.

First let me say that this book is the perfect illustration of the vagaries of the publishing industry.  The Reckoning is easily one of the most professional books I have ever read, yet is self-published by Ms. Mills.  Her finely honed craft draws in the reader with painful, sometimes shocking realism.  Her plot so tight it's hermetically sealed, her characters rich and compelling, her pacing impeccable, she accomplishes what only the best writers manage:  she disappears as she envelopes the reader in the story. 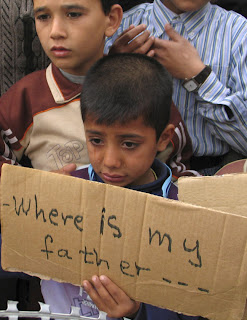 Ms. Mills demonstrates a comprehensive knowledge of the culture of Iraq.  She illustrates the country in vivid detail with the sights, sounds and smells of the region. The heat of the desert radiates from the page.  Perhaps most importantly, Ms. Mills' own time spent in the Middle East has given her compassion and empathy for its people which she in turns instills in her readers.

She creates an unlikely hero in the arresting officer, Tariq al-Alwali, US educated but caught up in events beyond his control, doing what he must to keep his family alive.  Like himself, his mother and grandfather, even his house help all live in fear knowing that any moment they could be arrested, arbitrarily executed, and never heard from again, all without cause or hope of redress.  Just as the rest of the Iraqi population, they are at the mercy of their government and the consciences (or lack thereof) of the men in power.

I appreciate how Ms. Mills manages to convey all this without making judgments either in politics or religion.  As heated as grew the discussion regarding in the war in Iraq (particularly at the time this book was published in 2008), she simply relates the facts and leaves politics out of it:  this is what happened and this is how it affected the people in the story.  There is no ideological debate.

She handles religion with a deft and delicate hand.  Although Theresa, the protagonist, goes through her own soul searching and reconciliation with God, the faith of Muslims Tariq and Barham are treated with equal respect and reverence.  Rather than making use of a Christian-Islamic schism, Ms. Mills uses God and prayer to bridge the gap between her protagonists.

The reader should be cautioned that Ms. Mills writes with stark realism and doesn't pull any punches.  Her characters are tortured and brutalized in the manner known to be practiced in Iraq at the time, including rape and dismemberment.  People suffer and die.  She often taxes the sensibilities of the reader with the intensity of her prose.  One particular torture scene almost made me put down the book, but I couldn't and so skipped a page or two which served just as well.

The squeamish part of me wants to knock off a star for the violence, but in all fairness, Ms. Mills accomplishes exactly what she sets out to do, which is immerse the reader in the experience.  That earns extra stars in my book.

Bottom line:  As the synopsis explains, Ms. Mills makes going home again the heart of this book.  Finding peace with oneself and with God, forgiveness, and healing become the true driving factors.  It is a novel to read again and again to truly appreciate all its subtle nuances.