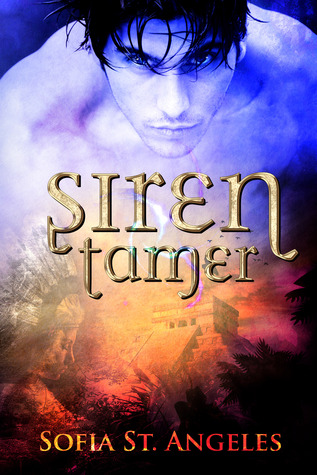 I’m a Siren Tamer, and she’s my Siren. Apart we’re nothing much. Sure, she has the ability to level entire armies with one song, but it’s a one-time deal. One song and she’s dead.

I’m a myth and a legend. Tamers like me only come around every thousand years, so no one’s sure what I can do. But legend has it, when my Siren and I are together, we become a lethal weapon. One with infinite destructive capabilities.

What’s the real problem here? Neither of us knows it.

A YA Paranormal Romance set in an alternate Maya universe, SIREN TAMER does to Sirens what TWILIGHT did to Vampires. With a stalwart warrior you'll love to love and a bewitching Siren you'll hate to hate, it promises an adventure beyond compare. 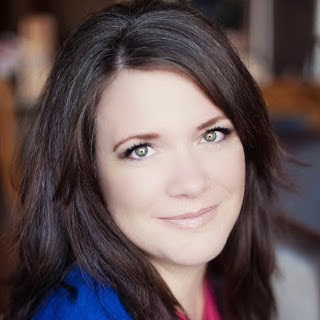 Sofia St. Angeles is the debut author of Siren Tamer. She's a stiletto-wearin', pirouette-turnin', book-lovin' gal who loves to archetype people. Archetype people? Yeah. It's a new character tool she's developed. Okay. It's really her obsession. She's fascinated by what makes people and characters so great. Thus, she spends her spare time asking people all sorts of fun questions, really getting to know what makes them tick! In another life, she hopes to be a big-haired match maker somewhere in Texas. As of now, she lives with her hunky hubby in the land of vampires and werewolves.

As a general rule, I don't read YA, and frothy romance isn't really my thing. My rule of thumb: if there's skin on the cover, I'm not interested. However, the premise this title, and its author, intrigued me and so I decided to give it a chance. I have to admit that it sucked me in and everything else was put on hold until I finished it. And, although there's plenty of material to satisfy (or, perhaps frustrate) lovers of palpitating romance novels, "frothy" is not a term I would use for this effort.

As a fantasy, Ms. St. Angelas does an excellent job of creating her futuristic world built up from ancient Mayan culture, without letting it overtake the plot. As a YA romance, she strikes a good balance between getting pulses racing (which she does very, very well) and exercising good taste and restraint. That's a tricky combination, but she manages to pull it off with style. She does an excellent job with the window dressing.

More importantly, St. Angelas creates engaging characters with whom the reader easily identifies. We care what happens to them, feel their frustration and pain. The primary plot, whether or not Gideon and Aliya will overcome the obstacles between them and finally understand one another, keeps the reader engaged and the tension high right to the very last page. The secondary plot, their discovery of their siren/tamer relationship and how that will impact their lives, the lives of those around them, and the fate of nations is intimated but left unresolved, obviously the subject of Book 2. Overall, St. Angelas does a very good job of making this novel more about the people and their journeys of self-discovery than about steamy romance. Even so, lovers of that genre won't be disappointed.

I've taken off one star due to a few clarity issues and the odd proofing lapse, as well as her choice of voice for her characters. 21st century pop-culture vernacular feels awkward and out of place here, but it is something that speaks to her audience, so I understand the decision.

An excellent debut for this first-time author; one that lovers of YA fantasy romance will find quite satisfying. Keep your eye on this author. With her ability to satisfy more than the twitterpated cravings of her audience by crafting substance beneath the froth, she has the potential to rise to the top of her genre.