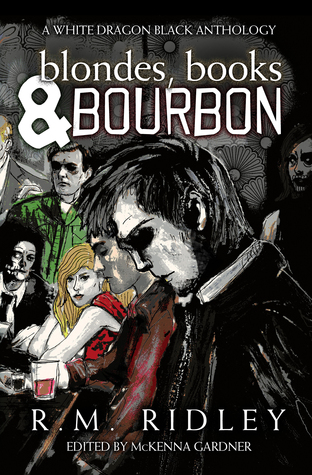 In this collection of short stories, Jonathan Alvey continues to battle the unraveling world of the White Dragon Black.

The Play’s the Thing: When a blonde woman shows up in Alvey’s office, seeking protection, he uncovers more than a murder attempt.

The Cost of Custody: Alvey helps estranged parents rescue their daughter from a terrible fate.

Sins of the Father: A pawn shop owner risks it all by asking Alvey to recover property that is more than meets the eye.

Legerdelivre: There’s nowhere Richard Tomlin can hide when it comes to the controlling powers of a dusty grimoire, but can Alvey truly help him?

What a Nightmare: Little old ladies do deceive, and secretaries come dear, in Jonathan Alvey’s office.

Do As I Say, Not As I Did: Alvey must air a CEO’s dirty laundry before a company ghost destroys too much.

The Ties That Bind: Can Alvey control a poltergeist and maintain his promise to not fall victim to the Dragon Black?

R.M. Ridley lives with his wife on a small homestead in Canada, raising a small flock of sheep and a swarm of foul. He has been writing stories, both long and short, for three decades, the themes of which range from the gruesome to the fantastical. As an individual who suffers from severe bipolar disorder, R. M. Ridley is a strong believer in being open about mental health issues because myths should be kept to stories.

His debut novel Tomorrow Wendell, first of the White Dragon Black series, was published through Xchyler Publishing June of 2014. The protagonist of that novel was first in print in the WDB short story "The Cost of Custody" in Shades and Shadows: A Paranormal Anthology. The next WDB story "Charon's Obol" is in the paranormal anthology Legends and Lore: An Anthology of Mythic Proportions released through Xchyler Publishing on October 22nd 2014. 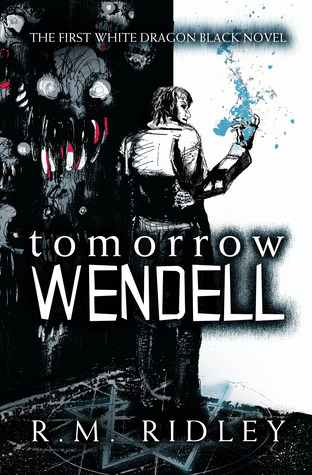 My first experience with R. M. Ridley was in editing Shades and Shadows, in which his short story "The Cost of Custody" appears. The theme of the contest, "extreme makeovers," spawned a wide variety of entries, but Ridley's story jumped out at me due to the strength of his character, Jonathan Alvey, the professionalism of Ridley's craft, and the ability of the tale to not only spark my interest but to keep me reading. When our senior editor, McKenna Gardner, said she wanted his full manuscript, Tomorrow Wendell, and believed in this work and the author, I agreed, sight unseen.

From experience, I knew that Ridley is a joy to work with, open to suggestion, and eager to master his craft. He is a driven writing machine, with a whole catalog of White Dragon Black manuscripts waiting in the production queue. Choosing his second short story, "Charon's Obol," for our second paranormal anthology, Legends and Lore, was a no-brainer. In the fall of 2015, we will release his second full-length novel, Bindings and Spines.

Of note, when Luke Spooner of Carrion House agreed to work with The X, I knew exactly which project needed him. Luke's working speed and style lends a hard, gritty edge to his work, and the window he opens into Jonathan Alvey's home town of New Hades is as striking as it is a dead-on match for Ridley's writing.

I don't do horror. It's just not my thing. Almost universally, after a few pages of quasi-effort, I put the book down and step away. However, Ridley's skill in all these areas make his work a temptation not to be resisted.

However, Ridley's stories in the White Dragon Black universe are more about his protagonist, Jonathan Alvey, and his battle with his own inner demons than they are about the smorgasbord of pantheons from which he draws Alvey's enemies. His acerbic wit and black humor laces his writing and his meticulous attention to detail bespeaks hours of extensive research. This, and his deft hand with the gory bits, make the WDB world feel real. 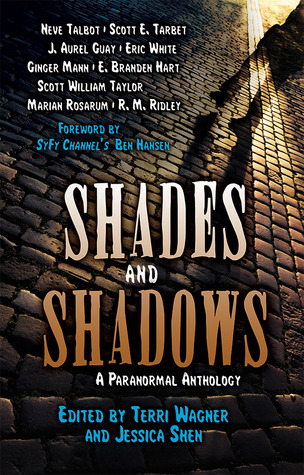 In "The Cost of Custody," the first story that introduced me to Ridley's creation, Alvey is hired by a father whose estranged wife abruptly denies him access to his daughter. Classic private detective work, but Alvey is a student of the human condition and realizes this is more than a simple custody case (or a simple divorce). He prepares for the worst before ever leaving his office, and ultimately his perceptions pay off.

Ridley continues on this vein throughout the Blondes, Books & Bourbon. Each story presents its own unique problems, its own unique and unexpected beastie to vanquish—or at least contain—and its own human monster to put in their place. There is not a story in this collection I would not hardily recommend. Indeed, the WDB series is one that helps bolster Xchyler's reputation as publishers of quality work.

Ridley's turn of phrase is as refreshing and unexpected as the foes his protagonist battles. His perceptions into human nature and his ability to bring them out in his writing make him a talent to watch. This is just the beginning of a stellar career.

One tasty sample, from Bindings and Spines, Chapter 1:

The air smelled stale inside—heavy with the malignant ghosts of too many cigarettes, burdened under the heavy layers of dust that never quite landed on any surface, and suffocating in its inability to circulate. Jonathan breathed deep and sighed in contentment.

“Yeah, that’s better.” He couldn’t help but taste the nearly dead motes of magic still drifting in the air but tried not to dwell on it.


Warning: the White Dragon Black series by R. M. Ridley is strongly addictive, with no known cure. Only more Alvey provides any relief.
.