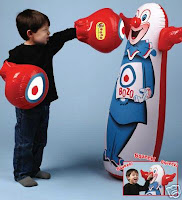 Hopefully, one or two of you may have noticed that I have dropped off the face of the planet for more than a week.  For my excuse, I offer the fact that our lives here have been turned inside out and upside down, and it's taken a bit of time to get back on an even keel.

Those of my generation will recall the oh-so-not-politically correct punching clowns we grew up with.  For the rest of you, with a rounded, weighted bottom, these plastic inflatable clowns with squeakers in their noses rocked back when struck but would bob right back up again.  Unless, of course, it got jumped on, used as a Hoppity-Hop, and/or assaulted to uninflatable nonresponsiveness.

That's us, Dallas and me.  We haven't had the pudding knocked out of us yet.  We still bounce back, sooner or later.  Even when struck with such force we fall back clear to the floor (my brothers' favorite trick), give us some time and we're on our feet again.

But, this post isn't about Dallas and I—not really.  It's about how, over the course of a month, we came to grow from two empty-nesters rattling around an empty house, seriously considering downsizing, to a family of seven, bursting at the seams. 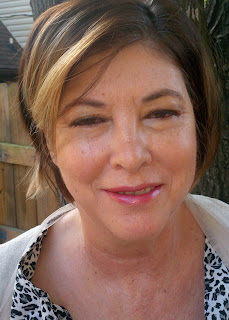 Probably close to a month ago, now, a friend I've known for about ten years decided to get a divorce.  I, along with many people who love them, watched her husband carry her through some very difficult times.  They had worked through their many struggles together and come out stronger.  The thought that they couldn't get over this particular challenge broke my heart.

Be that as it may, Nancy needed my support and had nowhere to go but a homeless shelter.  My entire upstairs (three bedrooms and a large bath) sat unused.  Opening our home to her while she figured things out came as natural to us as breathing.

Nancy has been disabled for a long time and receives a little support from the government.  She can in no way afford rent for an apartment, even though she continues to search diligently, and I don't anticipate her finding anything acceptable soon.  But, that's okay.  It works.

Then, a little more than a week ago, my daughter-in-law, Desireé, called me with a problem of her own.  One of her friends who has been dependent upon her friendship and support for almost a year, reached an emotional crisis, spent the day in the ER trying to get stabilized, and could no longer continue in her current living situation. 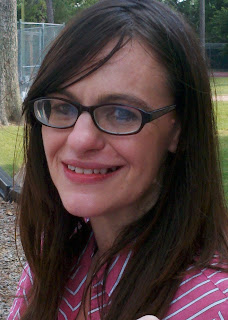 For Desireé's sake, because she had been bearing this load for so long and had become quite frazzled under the strain (24-year-olds shouldn't have to deal with this heavy of a burden), I told her to bring Sherri here.

We could open our home to her or send her and her kids to a homeless shelter.  As Dallas said, "It's the right thing to do."

Desireé had managed to arrange sleep-overs for Sherri's children when we still questioned whether or not she would come home at all that night.  The next day we went and collected all three.  Dallas suggested a week's trial to determine if being here helped them.  He needed to see a material difference.

The difference has been night and day.

So, the past week has been spent trying to get Sherry's business concerns all arranged, dealing with school starting on Monday, learning to find the rhythm of the house and how we best work together, and pretty much allowing the dust to settle.

Throw into the mix Dallas's two trips to the VA to have his retinas evaluated, re-evaluated, and laser surgery scheduled, and I'm staggering around by 10pm begging for my bed.  I think I've found the cure for my 3am sleep habits.

With schedules and regulations and gentle hints here and there, with family councils and lots and lots of talk and a little bit of soul-bearing and -searching, we're starting to hit our stride.  I imagine my own work load will start returning to normal once school starts next week.

And Dallas?  The curmudgeon?  The badger?  The reclusive hermit with very real issues about and negative physical responses to crowds and noise?

They say a picture is worth a thousand words, but even this doesn't do him justice.  These children (not the brunettes), two girls and a boy, ages 3-7 years, have very real, very serious needs.

A year ago, they demonstrated all too graphically that they suffered in an abusive environment.  They distrusted and feared all men.

My son, Paul, and the other members of our church congregation have done a great deal to ease that in the past year.  However, watching these kids blossom this week has truly convinced us that this is the right path for us to take.

To use Dallas' illustration, the other night when the seven-year-old girl ran into his arms to hug and kiss him good-night provided the strongest evidence yet that they need him in their lives.

I don't have words to express how much I love, admire, and am grateful to my husband.  Too often I criticize and judge him against some ideal I have in my head and find him wanting, which now causes me to cringe just thinking about it.

When I think about these poor ladies and the misery they have suffered at the hands of abusive, angry, belittling men, I thank God for my husband and the man he is.  I truly repent of my critical ways (as I do time and time again, but that's the beauty of repentance).  With this mutual purpose and common goal, we have drawn closer than we have been in a great while.

Few people will ever understand the sacrifice Dallas makes to bring these families into our home.  Even the smallest exertions tax his strength and increase the pain he suffers constantly.

However, he recognizes the need in these children and knows he best can supply it right now.  Not only does he provide a stabilizing influence, but he keeps us sane and calls us back to reality when we go off on our various estrogen-laced tangents.  To quote:  "It's never fun or easy being the drill sergeant."

But, this, like all sacrifices, ultimately proves no sacrifice at all, as the Herculean efforts he makes to be what these children (and women) need—a strong, positive masculine influence in their lives—bring him outside himself and outside his pain, and that's a good thing.

We hope and pray we help Nancy and Sherri bounce back to their feet again.  They all feel safe and loved here.  They feel protected.  They have faith in us—in him—and that faith grows stronger every day.  That, in itself, is a miracle.

Wow, what an amazing thing for your family to do. God bless all of you!

I spent 3 out of the past five years harboring people who needed a safe shelter from the storms in their lives. It is so very difficult to open your private life to those who are suffering, but I can attest that the blessings we've received have far outweighed the sacrifices we had to make. I guarantee that the strength to bear this burden will be given to you, and that when it is time for these families to move on, both you and they will know.
You are an amazing woman, and Dallas is a truly amazing man.