Book Review: Cora Flash and the Diamond of Madagascar

Eleven-year-old Cora Flash is ecstatic when she finally convinces her mom to let her take a train ride by herself to visit a relative in the mountains. Once on board, Cora meets a cast of intriguing characters, and stumbles upon her very own mystery: A valuable diamond has gone missing, and only one of her fellow travellers could have stolen it. It's up to our novice detective to solve the crime before the train reaches its destination – or the thief reaches Cora. This is the first book in the 'Cora Flash' series. . . . More

Cora Flash engages, entertains, and connects, but Tommy Davey carefully avoids condescending to his audience.  He manages to address concerns of parents over violence and language but still provides the sense of adventure kids are looking for.  The mystery intrigues, the clues skillfully placed, the villain probably unexpected for a child, and the caper inventive and well-executed.  He accomplishes all this, and a bit of peril to boot, while Cora (and the reader) stay safe and sound.  While laws are broken, threats made, and plots discovered, Davey spurns the sinister and seamy. 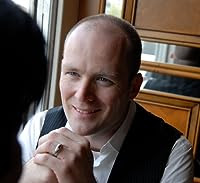 Davey manages to step into a tween's world and her shoes, and embraces such a child's sensibilities.  The mobile phone she wears on a lanyard around her neck keeps her connected to her mother, but Cora exerts her independence in choosing what, when and how to communicate.  Cora freely roams about her world, poking into places she doesn't belong, engages in a bit of mischief and a bit of skullduggery, and becomes the object of the villain's machinations.  Davey even manages to squeeze in a bit of "gross factor", something every child loves or loves to hate.

All that said, Cora's world is neatly confined to the three or four cars at the end of the train, a kindly detective takes her under his wing, and parental figures at either end of the line anchor her safely and securely in their protection.  At the same time, Cora is self-assured, inquisitive and independent.  She solves problems in a distinctly 21st century manner, to which tweens today can relate.  In the same token, Cora uses her technology at hand as a tool to engage the world around her, rather than to escape from it, a pretty important point in my opinion.

This, the first of a series of books, ensures Cora Flash will solve mysteries far and wide with her keen powers of observation and deduction.  However, it may feel just a touch too simplistic for today's sophisticated and media-savvy tween.  Children today—at least American kids—grow up far too quickly.  They soak in all the data-saturated noise constantly bombarding them, and they may find this book a touch on the quiet side.

Bottom line:  While not quite Nancy Drew or  The Hardy Boys, Mr. Davey accomplishes what he set out to do in Cora Flash and the Diamond of Madagascar.  He provides an engaging story for tweens, a little bit scary, with a lot of adventure and the opportunity to stretch their sleuthing skills.  His next book, Cora Flash and the Mystery and of the Haunted Hotel, looks just as promising.  I would let my granddaughter read this book, which is saying something.

And now, the Giveaway!

Wanna win a $50 gift card or an autographed copy of Cora Flash and the Diamond of Madagascar? Well, there are two ways to enter...
About the author: Tommy Davey spent his youth writing mystery stories and plays, and watching reruns of Three's Company until every line of dialogue was permanently burned into his memory. When not writing, he enjoys traveling to favorite destinations including New York City and Paris, which he plans to feature in future stories. He lives in Toronto, where he was born and raised, with a Norfolk Terrier named Calvin. "Cora Flash and the Diamond of Madagascar" is his first novel. Connect with Tommy on his website, Facebook, Twitter, or GoodReads.

Get Cora Flash and the Diamond of Madagascar on Amazon or Barnes & Noble.
a Rafflecopter giveaway

Great review, Penny! I'm so glad you enjoyed Cora Flash's first mystery. I was blown away by how much fun I had reading this one--definitely hearkens back to my Nancy Drew days.

Thanks for joining us on this tour, and please take a moment to cross-post to Amazon and GoodReads. Off to tweet now!