Holly Barbo's world is shaped by her love of her family, the beauty of the natural world in Northwest Washington State and an irrepressible creative drive.

Living where the scenery is incredible with a rich abundance of wildlife "is so special and soothing that it feels like a quiet kind of magic," according to Barbo. She is drawn to creating stories where there is just a bit of something unworldly, perhaps it is magic or psychic skills. Her stories are mostly in non-urban settings and usually have some focus on nature, building a discordant drama inside the peaceful frame.

Penny:  Ms. Barbo, I enjoyed the world you created in The Founders and look forward to learning more about it. First, tell us a little bit about yourself.


Holly: My world is shaped by my love of my family, the beauty of the natural world in Northwest Washington State and an irrepressible creative drive. I draw wildlife, make beautiful things out of wood and I write.

Penny:  Who are the authors that have influenced you the most?


Holly:  I read many genres and authors but some of my favorites are Anne McCaffrey and Patricia McKillip.

Penny:  Do you write only science fiction/fantasy? In which genre would you catalog The Founders?


Holly:  If you disregard the fact that The Founders takes place on another world and that the planet and the sages have interesting idiosyncrasies ...some of the books could be murder mysteries while others classic mystery or suspense.

This series is classified science fiction/fantasy because of the unique world and its inhabitants. How do I classify it? It has been difficult to find a good fit for a genre label. I don’t have space ships or battles amongst the stars yet I did extensive scientific research in my world building. There are no zombies or monsters as I feel that people can be monstrous enough. Yet the paranormal aspect of the psychic talents of the sages and their relationship to the planet touched the fantasy genre. The closest descriptive term I can get is “Classic Science Fantasy.”

Penny:  How did you get into writing?


Holly:  I have been writing for years: nonfiction pieces for publications. I really didn’t ever think or intend to write fiction but the stories had other ideas. I was in our furniture store and it was tax week of 2009. It was incredible how quiet it was downtown. I was at my computer when the tale began rushing from my fingertips. The Sage Seed Chronicles was a series before I could come up for air.

Penny:  What inspires you? What is your muse?


Holly:  I love nature. I have traveled all over the continental U.S. but I have only lived in Washington State. It is an interesting place going from a temperate rainforest on the west side to semi-arid grasslands on the eastern half. I have lived in cattle country with the meadow larks singing you home each day and in lush evergreen mountains with soaring eagles. This is the touch of magic that soothes and inspires me to create a place where there is a focus on nature, and allows me to build a discordant drama inside the peaceful frame.

Penny:  What other books have you written?


Holly:  I have written four books in The Sage Seed Chronicles series. They are just now coming out. The Founders is the first. Divergent Paths comes out in August. Paper Crane Books has the third book in editing: The Unraveling. The fourth will be out in early 2013. Currently underway is book five of the series and an unrelated book called the Sunstone.

A previous publisher issued books three and four of the series but they will be repackaged and issued in sequence from Paper Crane Books.

Penny:  How far into the future have you set The Founders?


Holly:  In the time line The Founders is close to being contemporary. Rafe (one of the characters) used to read Spiderman comic books as a child on Earth. All of the rest of the books are set in the future.

Penny:    The Ancients themselves intrigue me, especially since you dropped the hint about Xei and his people being so very different in appearance than the populace of the planet. Would it be cheating to tells us who/what the Ancients are? Are they human?


Holly:   All I can tell you is that they are humanoid. They resemble us but there is a difference.

Penny:  What was it that kept Xei from getting the enhancers and other paraphernalia to the capitol?


Holly:    That would be a spoiler. All I can say is that something came up and certain things were left undone.

Penny:  The population seems very small. How many people live on Ose, the Founders' planet?


Holly:    The population is small. 1000 citizens of Earth were the original Founders. That means at first there were only 200 people per city. The reason for this is the planet’s size. If the population grew as it does here on Earth the world would quickly reach a point where there would not be enough food to support the people and the forests would be gone as the people searched for land to build on and places to grow more crops. As the forests disappeared the herbal pharmaceutical that they depend upon would vanish too. So with the famine and resulting illnesses there would be no food or medicines to remedy either.

When the people were recruited and given this chance for a fresh start there was transparency about the risks: The planet Ose (an acronym of Organic Seismic Enigma) could not support a large population. So all of the colonists are aware of this potential danger, that this was a one-way ‘ticket’ and that the chance for success in this new life depended upon them. It is the norm to have just one or two children..or none at all. There are times when you will see three children with a set of parents but that is highly unusual. Frequently in families like this one of the kids is not biological but an orphan that has been adopted by relatives. It is so common a practice that which child is biological or not isn’t mentioned.

The population grows very slowly partly due to the low birth rate but also the higher mortality. This is a low technology world that lives very close to nature. Their diet is healthy and they are very active but don’t have the medical labs with their high powered microscopes and centrifuges. Instead they have highly trained and licensed “Healiocrists” who are individuals that are herbal apothecarist and medical diagnosticians. This profession is similar to a practicing asian apothecaries with doctor credentials.

There are no dogs or cats. This is also due to the sensitivity to the food issue. The only domesticated animals are horses, sheep, goats, chickens, beef and “bovents” which are like cows but were native to the planet. The balance between resources and humans is important.

Teaser alert: It is possible that more land may develop.

Penny:  Who is your favorite character in the book?


Holly:  In this book I don’t have one favorite. I like the youngest three sages: Marisily, Catri and Rafe. The non sage characters I enjoyed writing were Rab the shepherd and Sombra the fox. 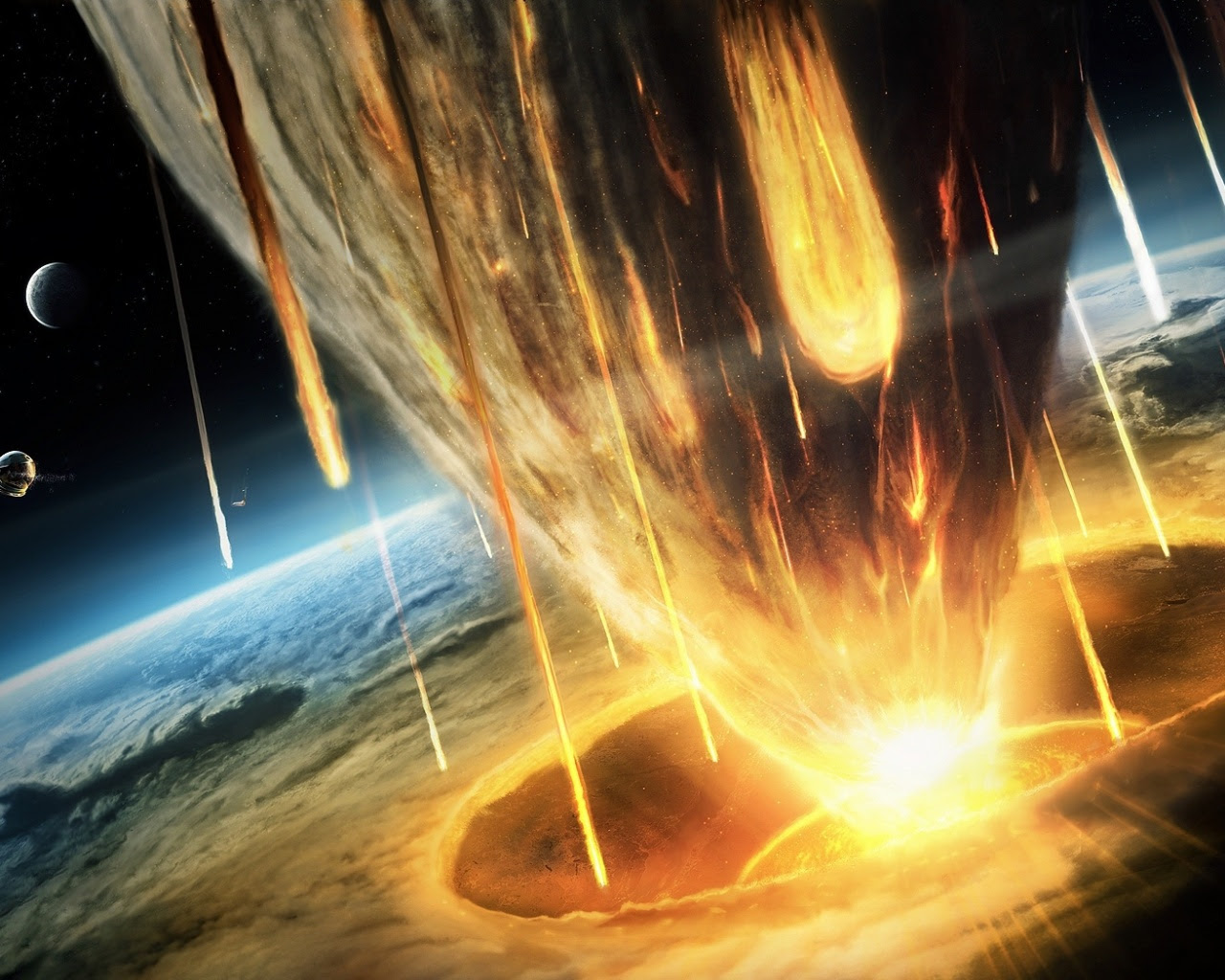 Penny:  What other adventures are in store for Marisily and the other Sages?

Penny:  Is there romance in Marisily's future?


Holly:  I am confident there is but it will take some time for her to totally be comfortable with men.

Penny:  If you could change anything about the book, what would it be?


Holly:  I don’t think I would change anything. I couldn’t answer all of the questions about the Ancients without deviating from the focus of the story. Some things had to be left out.

Penny:  When can we expect the next installment of The Sage Seed Chronicles? Are you introducing new characters?


Holly:  The next installment will be any day now. Divergent Paths will be out in August. Because the sages live centuries the story picks up about 600 years later. The society is more established yet there are always situations that arise. Marisily, Catri and Rafe move into book two. There are new characters introduced that will be important in future books of the series. You will also get to meet some very rare natives of Ose: The enigmatic Lyrix, a wild cat with chameleon like qualities as well as sage skills and the elusive Danzis who is so much more than a plant.

Penny:  Any last comments or observations? Any teasers?


Holly:I am glad that you liked The Founders. It is the introduction to the series in many ways. Right now the books are coming out in sequential order for the timeline. There may be some fill in books later.

Penny:  Again, thanks for taking the time for this interview. I look forward to more of your work.