Where the Church Stands On Politics:

One of the biggest misconceptions about the Church is that the rank and file march in lock step with the leadership of the Church, which is anything but the case.  The Church encourages stresses independent thought, investigation, and critical thinking.  A strong foundation in the Gospel of Jesus Christ can only come from conviction gained through personal revelation.  That principle of moral agency and accountability in all aspects of life is fundamental to the Gospel.

Here's a video put out by the Church of Jesus Christ of Latter-day Saints to explain its policy on politics:

Ummm . . . no.  There are members of the Church of every political persuasion.  What about Democrats?  House Speaker Harry Reid (D-Nev) comes to mind.  As does Gladys Knight.  (A-mazing lady, BTW—faith as powerful as her voice).  She had this to say when asked about about being Mormon and voting for Mitt Romney in an interview here:


"I am a Barack Obama fan, from head-to-toe, always have been. He's not perfect; nobody is going to be that way. Until you sit in that office, at that desk, don't tell me what you're going to do because you are going to come in and have some of the same problems as he did."

I know some people say they can't see how a Mormon can be a Republican, as I have heard it the reverse.  It's all about how each individual applies the principles of the Gospel in their lives.  That interpretation is as varied as there are members of the Church.  Personally, I am an Independent because I have so little respect for either party.

A Mormon in the White House?

For, oh, probably the past five or six years or so, people have been asking me if I wanted Mitt Romney to be the next President of the United States, would I vote for him, or what did I think about a Mormon in the White House?  There was/is also a lot of assumptions that I would naturally vote for Romney for POTUS.  It's not an uncommon assumption, but it's not correct.

When people ask me about a Mormon in the White House, honestly, I get a rock in the pit of my stomach just because of what I have come to believe about American politics.  Just like those LDS members who have to compromise their standards and denounce their beliefs to succeed in the entertainment industry (the list is too long for this post), I would hate to see any political candidate sell their soul to become the Commander in Chief.  I guess I'm too cynical to believe that it can be accomplished without doing so.

That said, I think now, more than ever, we need people of faith in public office—those who refuse to compromise, who are committed to their standards and their beliefs and who bring solid foundations of morality into the public service sector.  The relativism and humanism that pervade our society today are too corrosive to sustain us for much longer.  We must be accountable to a Higher Power.  Without that, we are rudderless.

Back to a Mormon president:  Mormons have had PR problems since the restoration of the Gospel in 1830.  Joseph Smith actually entered the presidential race in 1844 in an effort to raise national awareness of the persecutions perpetrated against the Saints.  It didn't work.  Joseph Smith was assassinated in June of that year.

Since the 2008 presidential election, the Church has been spending a great deal of time in the limelight.  That's a good thing.  With a little bit of illumination, quite a few people have been forced to reassess their misconceptions, and, hopefully, disabused of a few prejudices.

That said, I am reticent for any member of the Church to live under the intense scrutiny which does the POTUS.  Mormons are human, just like anyone else, with weaknesses and strengths, flaws and imperfections, but any misstep or perceived failure by a prominent member is used as ammunition against the Church itself.  That's why I'm squeamish about the idea of a Mormon POTUS.

On the other hand, a person of character, firm in his faith and uncompromising in his standards with the ability to find and stick to the high ground in the sea of moral ambiguity which is the US presidency would go far in further "mainstreaming" the Church in the minds of the general populous.

Who will I vote for?  Good question.  I think my brother, Scott, said it best when discussing how to choose between two similar but opposing candidates:


So the responsibility that devolves on a responsible voter is to examine the candidates and project those marginal changes, decide which small helm corrections they believe are in the best interest of the nation as a whole, and vote accordingly. Those who don’t vote or cast a throw-away vote are assenting to undirected, unsatisfactory drift. Those who decline to thoroughly and thoughtfully consider the issues (not just the parties and personalities) and cast reflexive votes, aren’t a whole lot better.

I couldn't have said it better myself.

Oh.  And, check out Ms. Knight and her Saints United Voices.  Awe-some. 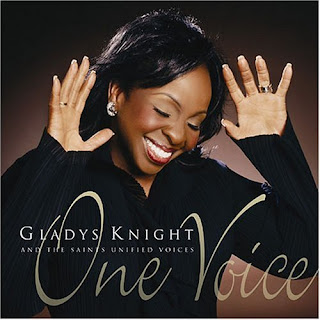 Great article Penny. I to am an Obama fan from head to toe like Gladys Knight, and right now a registered Democrat so I can vote in the Primary. After this upcoming election I will go back to non-partisan. I stand my ground when it comes to my politics tho it is causing marital discord right now, and there are members who give me a hard time for how I vote. I live in a land where Mormons vote Republican because God is a Republican. No he's not, but nothing I say convinces them. I just look at them and say that God is non-partisan and we have our free will to vote for whoever we want. I don't know that I never want a Mormon POTUS, I just don't want Romney. He leaves me cold.

That's funny. Conversation between my brother and my dad:

Scott: Why do you always vote straight Republican.
Dad: Because the Church is.
Scott: No, the Church is adamantly non-partisan.
Dad: Well, I vote the way the Brethren vote.
Scott: Oh. They told you?
Dad: . . . .

It's interesting to see how people can talk themselves into corners, politically speaking.