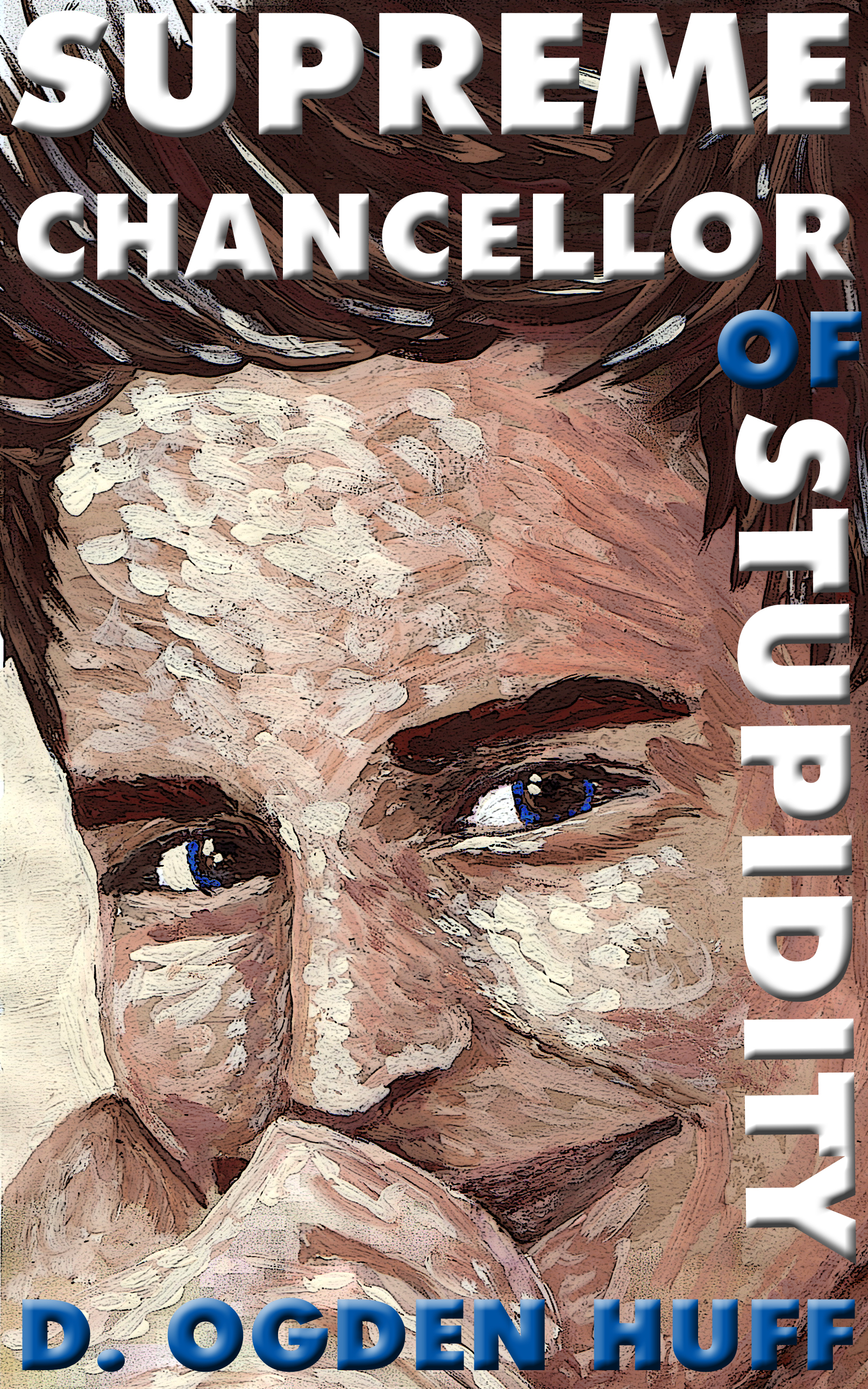 I had fun reading Ms. Huff's second installment of her Beau & Bryce Blair trilogy.  Like Master of Emotion which I reviewed here, this story is told in first person.  However, Supreme Chancellor of Stupidity speaks with the voice of Beau's twin brother, Bryce, a smart Alec, charmer, and terminal flirt.

Nicely juxtaposed against Beau's brooding isolation and channeling of emotions without thoughts, Bryce, a semi‒ Big Man On Campus, reads  thoughts without the emotions.  He uses his talent to anticipate football plays and connect with the ladies.  Think What Women Want (Paramount 2000) with Mel Gibson and Helen Hunt.  Unfortunately, like all rakes with true hearts of gold, Bryce falls and falls hard for the one girl who refuses to give him the time of day because he's that kind of scoundrel. What's a guy to do?  Enlist the help of a dating coach, of course, and instigate a faux relationship to practice his new resolutions.

Starving for affection, Bryce realizes that, despite outward appearances, he has isolated himself as completely as had his brother, Beau, and sincerely wishes to create real relationships in his life.  He seeks the help of Smart Girl Emily who takes on his case, partly out of sympathy and partly as research material for the psychology book she will write one day.  Unfortunately, the strategy is not without its costs.  Determined to cease using his superpowers for evil, his exclusivity antagonizes his cheerleader groupies and his popularity plummets.  He is forced to watch (and seriously doubt himself) as he swaps social positions Beau, who doesn't like the limelight at all.

While Bryce learns to keep his eyes and hands to himself, he makes progress by leaps and bounds.  Eventually, the bells go off in the head of his dream girl/original target, but his relationship with Emily has crossed over from practice to sincere attachment.  His new-found moral fiber prevents him from dumping the comfortable relationship with the sweet girl for whom he harbors sincere fondness for the love-at-first-sight bombshell who, quite literally, steals his breath away.  Circumspection, moral dilemmas and high jinx ensue.

They say a mother shouldn't have favorites, but with her deft touch and delicate hand in creating this character, I can easily tell which of the two eighteen-year-olds connects best with Ms. Huff.  Bryce is written as genuinely charming.  His self-doubt and personal struggle ring true, his flippant remarks and sarcasm feel natural, and the reader easily envisions the cocky smile and sparkling eyes he so readily flashes at the targets of his flirtation.  He's the guy girls of any sense know better than to get involved with but can't help but like just the same.  The author has done a great job of getting into Bryce's head.

Dr. Cavan, our arch villain, looms in the background threatening the happiness of our heroes and their friends, and one or two surprise revelations lay in store for the boys.  However, Bryce's journey from womanizing neanderthal to evolved human worthy of true love remains the primary focus of this book.  SCoS is a bridge between MoE and Ms. Huff's third yet-to-be-released installment, Dictator of Disaster. Think The Empire Strikes Back of the original Star Wars trilogy.

Bottom line: a fun read and a good lead-in to Dictator of Disaster, which promises a distinct flavor and narrative voice of its own.

Thanks, Penny! I sent all my facebook friends to your blog. I smiled at your insights on characters I love.

Supreme Chancellor sounds like an interesting story. Mind reading, trying to get the girl -- all fun.

It was my pleasure, DeAnn. I just finished reading Once Upon A Tour and really enjoyed it. I'll have a fun time writing the review. Thanks again for getting it to me.