by Penny Freeman
(In the wake of his father's untimely death, Durant slips into Sandy's sickroom in the dead of night where she battles life-threatening pneumonia.)

As Piper watched Sandy, contemplating exactly what he should do, she tugged at the collar of her nightgown and fretted at the bedclothes despite her drug-induced torpidity.  He thought to cool her fevered brow, but, before he ventured to her bedside, he moved the lamp to the far side of the room and lowered its flame until it almost guttered.  With only the light of the low fire at his back, his face would be completely veiled in shadow, as dark as the far side of the moon.

“Hush, precious” he breathed as he replaced the cool compress upon her head. “Rest now. Be still.”
To his dismay, Sandy struggled against the physic and managed to pry open first one eye and then the other, although her lids were heavy indeed. “Dragon?” she peeped. She reached up to touch his face, and he could not bring himself to deny her. “My dragon, is it you?”
Piper forced his voice as deep into his chest as he could manage. “No darling. This is only a dream.” She fell into a fit of coughing, then curled into a ball in an attempt to relieve the pain. Tears seeped from her closed eyes. “It hurts,” was the extent of her complaint.

Piper refreshed the compress and cooled her neck and face. “I know, darling,” he answered in his father’s voice. “Sensei is coming with what you need. He will be here very soon.”
Sandy’s eyes had surrendered to the physic, which came as a relief to Piper, although they stubbornly refused to stop weeping. “I do not want sensei,” she peeped. “I want to go with you.”
“Tush. Let us have no more talk of that.”
“But you left. My Dragon, you left me.”
Piper choked down his own tears, but his voice cracked as he spoke even still. “I pray you, forgive me, dear heart,” he replied coarsely. “It all happened so suddenly, there was not time. There was so little time—which is why I have come to you now, to bid you adieu.”
“Take me with you.”
“Cassandra Elizabeth Mirabelle Sterling! What manner of talk is that? Is this my goddaughter? Surely, it must not be so, for that young lady is a fierce and fearsome slayer of dragons. She would never surrender such a fight as this, for she loves me too dearly.”
Sandy forced open her lids to reveal the panic in her eyes. “But I do, godfather. You know how I love you.”
Piper gently moved a tendril of hair from her face as he cooled it with the compress. “Then do not break my heart,” he whispered softly indeed. “Do not snuff the most brilliant light of my life. In such darkness, how could I get on? How could anyone who loves you get on? What of Sir Alistair and Nana and Porter? What of Stoneleigh and Loyal and Honor and Archer? What of Sibyl? What of your family? Do you not see what heartbreak you would leave behind you?” 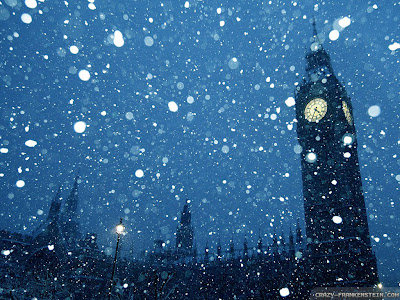 Sandy buried her face in her pillow and her shoulders wracked with her weeping. Piper could not help but reach out to comfort her. “My Cassandra, you are the sun and moon and stars that shine, infinite and eternal, not some shooting star destined to blaze and then blink out. You must here remain and fulfill all your promise. You must continue bringing joy to all your friends. As much as I will miss you, I need you to do this for me. I need you to give me you word you will fight like the warrior I know you are.”
Sandy sniffled and nodded her head into the pillow, but Piper pressed her. “Promise me, little bit. Look at me and swear that you will fight this illness with all your strength, that you will live your life happily and never waste a moment grieving my passing.”
“That is too hard,” she wept, and her shoulders convulsed with the demand. “I will always miss you.”
“I know, precious, but settle me into that place in your heart where I have always belonged. And when the grief of it hurts just a little less, allow the joy we shared together to overtake it. Remember me with gladness, Sandy. Carry me in your heart, but let me be something that makes you more strong, not less.”
Sandy turned her face to look into his. “I promise,” she peeped. “I will fight.”
“With all your heart.”
“With all my heart,” Sandy repeated. “I swear it.”
Piper smiled and produced a worn leathern pouch from his pocket. Until that moment, he had been uncertain why he brought it up . But then, he felt surely his father must have spoken through him, for any words of wisdom he may have offered certainly were not his own. Just like the buttons, they had reached her of their own accord.
Piper took her hand and slipped the pouch into it. “I brought this for you.”
Sandy’s eyelids again grew heavy and she gave up her battle with them. “What is it?”
Piper scattered a few of the buttons onto the coverlet. “These are very precious gems,” he told her gently. “Each one represents a personal victory—each at a different time or a different place. They represent all the times I prevailed over the vicissitudes of life and once again returned home to those I love.”
Piper picked out a large pearl the size of a robin's egg, set in a bezel of intricate gold filigree. “This one is not actually a button,” he qualified. “In Japan, they have no use for such things. This is an earring, and was a gift from the daughter of the shogun. Surviving the ordeal of that typhoon and the shogun’s wrath, returning home to my responsibilities awaiting me here, remaining true to the one to whom I had pledged my troth, these were the greatest challenges I have ever overcome.”
Piper folded the pearl into Sandy’s hand. “I want you to have this one especially,” he murmured very softly indeed. “I want you to always remember, you are my fierce and fearsome slayer of dragons, Cassandra Sterling. You can do anything. You have conquered me entirely, and only one such as you would ever be worthy of this gift.”