" . . . but wealth is luxurious and daring, and some of hers found its way to a circulating library.  She became a subscriber; amazed at anything in propria persona, amazed at her own doings in every way, to be a renter, a chuser of books!"  — Jane Austen, Mansfield Park 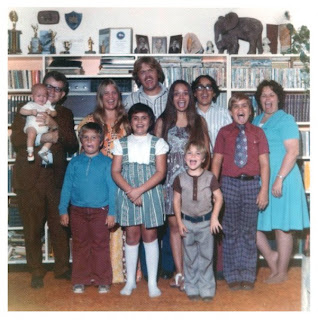 I grew up surrounded by books.  Love of reading is imprinted on my DNA.  As a child, my family moved around a great deal, but ever and always, no matter the house in which we lived, the first thing to go up was the bookcase.  We always had a wall in the living room completely covered in books.  There was always something to read in my house.  Books were as necessary as breathing.

As an adult, we have bookshelves scattered throughout the house.  After 32 years, I still haven't talked my husband into building me a bookshelf wall like my dad did for my mom, but I'm certain we have more shelf space and a much wider variety of books.  If I had any ambition, I'd institute the Dewey decimal system, but, since I don't, I settle for computer and medical books in the office, non-fiction, biographies and histories in the bedroom, and a bookcase in the living room chock full of all the paperback classics my three sons had to read in high school.  The story books overflow from two wicker baskets on the floor beside Nana's reading chair.

I am a keeper of books.  I know people who will buy a book, read it, and then pass it on to a friend or trade it in for something new.  They don't like to have them laying around collecting dust.  But, I can't quite make myself do that.  Even the paperbacks have to be coverless and disintegrating before I'll part with them.  My books are like old friends.  I may not see them or think of them for years, but when I return to them, growing reacquainted is always a pleasure, and gaining new insights a delight.


I believe I also have a bit of conceit.  Books lining my shelves are like trophies.  See how well-read am I!  I think that's why I don't frequent the public library like I should.  In the end, I have nothing to show for it but the information in my head. 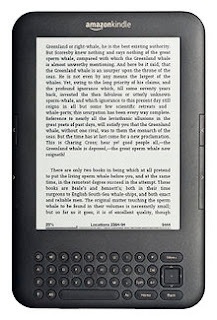 I had been coveting a Kindle® ever since they came out but had resisted the temptation on the grounds that I would only spend money on books which I could not afford.  I got a library card instead.

Then, my kids bought me one for my birthday this past year.  I was both surprised and delighted to open the box.  I couldn't stop grinning to save myself.  "No worries," I thought to myself.  "I don't have to spend money.  There are tons of ebooks for free!"  I immediately zoomed over to gutenberg.org and started downloading classics like a maniac.

The problem with that strategy is, my tastes are eclectic, and there is only so much Alexandre Dumas a person can tolerate, even a classics junky like me.  About a month ago, I needed an escape (from a LOT of things), but Jane Austen and Charles Dickens just weren't doing it for me.  I needed something . . . else, but had already read the Hunger Games Trilogy again.  I should have picked up something off my bulging Orson Scott Card shelf, but like a fool, I didn't.  I got a craving for Robert Jordan instead.

See, the ingenious insidious thing about an ebook reader is, anything you want is right there at your fingertips, any time of the day or night.  With hard copy, you have to wait.  You have to think.  You have to say, "Honey, I want to drive down to the bookstore if you can spare the car."  If you come to the end of one book in a series at two o'clock in the morning, you can't just press a few buttons and, voila! move on to the next book, as easily as turning the page, without even getting out of bed.

But, with such a device, those terrible bits and bytes fly through the ionosphere going cha-ching! cha-ching! at Amazon.com like a manic pinball machine on steroids.  Nasty Kindle®!  Naughty, nasty, evil little Kindle®.

And curse Robert Jordan for the 14 (count them, 14!!) books in his Wheel of Time series!  Would that I had just a smidge of self-control.

If I had any sense, I would subscribe to Amazon's library service.  Did I mention I was a buyer of books?