It's a Pleasure to Be of Use 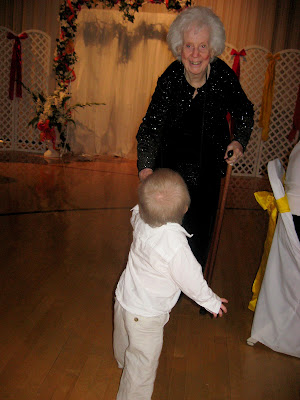 I try to get up to The Woodlands at least every couple of days to visit with my elderly friend.  She is currently in a skilled nursing facility recovering from a broken patella, and the subsequent surgery to repair it.  We (me, Marjorie, and Leslie, her roommate) visit, I jabber mindlessly hoping that they may find something I say mildly entertaining.  I ask them how they're doing and about their physical therapy.  Marjorie tells me if she needs anything, like her clothes collected and laundered. Then, I break out a book and read.  Currently, we are reading Marjorie's Complete Works of Sherlock Holmes, and book of Leslie's called Visions in the Night, which is about messages God sends to us.  Dallas goes with me more often than not, we usually stay at least an hour (if not two) and we come away feeling like we did something worthwhile that day.

Today, after I got home from work, I decided that I really needed to go and see Marjorie because, due to my starting my new job and a trip up to College Station for Lynda's baby shower, it had been the better part of a week since we had last visited her.  Today being Martin Luther King, Jr. Day, Dallas was off work, so we gave in to my niggling conscience and headed out to see Marjorie.  We didn't get very far. 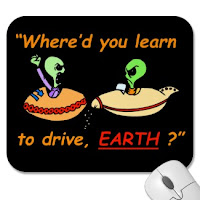 As we were sitting at a busy intersection at the head of the line, we watched as a car ran a red light and struck another car, spinning it around and sending it rolling backward into the car next to us which was in the left-turn lane.  It was closing in on five o'clock, the sun was lowering in a crystal clear sky, glaring into everyone's eyes no matter which direction they were going.

We sat and watched as the drivers tried to pull themselves together.  I asked the lady next to me if she was alright.  She said she didn't know yet.  We were stuck in a quagmire of traffic, but someone had already pulled over and was rushing to see to her.  The car which had initially been struck was sitting in front of her and the driver was also receiving help from the witnesses (I'm pretty sure she was a woman as well).

The elderly lady who caused the accident had the presence of mind to drive her car out of the intersection and off to the side of the road.  However, no one moved to help her.  For the duration of the light, Dallas and I had the discussion of, do we stop, do we go on, who needs help the worst, what's the best thing to do.  There was wreckage in the street ahead of me, so I sat uselessly signaling, mindlessly waiting for someone in the lane over to let me out, when, once the light turned red, the guy in the next lane jumped out of his car, scrambled into the intersection, retrieved the fiberglass bumper that was in my lane, tossed it to the side of the road, and jumped back into his car again.

Dallas said, "whatever you do, no waffling.  Decide and then do it."  So, in that second between the red and green lights, I crossed two lanes to turn right, and pulled up into the gas station where the lady had parked her car.  (It wasn't as dangerous as it sounds.  Even though a complete light cycle had passed and there were new cars next to me, the lookie-lous were gawking at the accident, not the light.  It seemed everyone in all directions just sat there waiting for me to make up my mind.)

Long story short:  we helped poor Lois call her daughter, scrounged up some napkins out of our car to staunch the bleeding under her lip, and ran interference for her when the tow truck driver decided she was going into the cab of his truck no matter how swampy was the muddle puddle in front of his door nor the height to which he expected her to climb.  We had to get her across the street, he said, to where the cop cars, ambulance, and an army of his compatriots had congregated.  Of course, that was after the constable and the paramedic had already had a look at her.  We graciously declined and assured him we could provide the service ourselves.  Lois insisted she had just had two titanium hip replacements and there was absolutely no way she was sludging through the mess at her feet to climb the outrageous height required to get into his truck.

Debbie, Lois' daughter, was already at the opposite corner waiting for us by the time we completed the pirouettes required to get through traffic and across the street.

The point of all this is what Lois repeatedly insisted, that we were sent to her by God.  We were too good and she was infinitely grateful.  We really didn't do anything except show our concern.  I put my arm around her, asked after her, and let her use my phone.  That was it.  But, I know as certainly as she that the Lord put us where we needed to be at that moment.

I had similar episode a few years ago, when my friend Jeanette and I followed an elderly lady who was driving very erratically, until she literally ran herself off the road.  Not until she was stopped with one tire up on the curb did Jeannette dare pull in front of her and park so she couldn't get out.  Another woman in a minivan had the same idea as us and parked behind her.

This elderly lady, a diabetic, was having an episode of extreme low blood sugar.  She was confused, disoriented, and shaky.  She knew she was in trouble and was devouring granola bars, a banana, and any other sweet we could produce as we talked to her.  We called 911 while we were still following her as she weaved from lane to lane and hit against the curbs, but after more than fifteen minutes of waiting at the side of the road, we decided no one was coming.  The lady started feel better and was itching to get back on the road but was still in bad shape.  Bad idea.  We had to do something to prevent it.

It took quite a bit of fast talking, but I at last convinced her to allow me to drive her Infiniti home for her while Jeannette followed us.  She refused to allow me to see her driver's license so I could get her home address.  She just told it to me and I had to take it on faith that she got it straight.  Fortunately, I knew exactly how to get there.

She was very cautious, which was understandable.  Here she was blocked in by not one but two minivans, with three strange ladies converging on her.  It had taken some doing to persuade her to roll down her window, but I guess I looked the benign middle-aged housewife enough for her to finally give in.  Persuading her I truly wanted to just get her home was another trick.  I think my assuring her I knew exactly what she was suffering helped a bit with that argument.

Despite her reticence, by the time we pulled into her driveway we had become friends.  Fortunately, her home was several miles away (she was way off course), so we had a bit of time to chat.  It went something like this:

"Your name is Mrs. Strack?"

"As in, Strack Middle School, Strack Farms, Strack Road?  That Strack?"  (The Stracks owned half of Klein at one point in time and have been selling it off bit by bit to builders, making a fortune).

After that, when she asked my name, I just gave her mine and Jeanette's first names, although she pressed for our surnames.  Since she had almost completely recovered by the time we arrived at her home out in the country, we declined walking her into the house and talking to her daughter-in-law.  I feared some token of their appreciation would produce itself, which I did not want.  I would rather remain anonymous.  Even so, Mrs. Strack was of the same mind as Lois, that we were sent to her from God.

What do you say when someone thanks you profusely for something so simple?  When you refuse payment for driving someone home from the hospital, but the family still insists?  I finally came up with my answer this past year, and it has served me well.  Instead of stammering around, denying their sentiments, I simply say with all sincerity, "It's a pleasure to be of use." 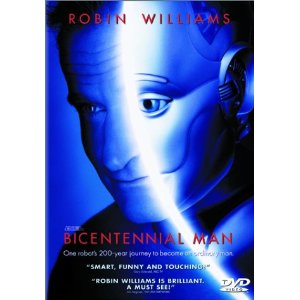 That phrase sticks out in my mind because I associate it so strongly with a Robin Williams film, Bicentennial Man.  In it he portrays an android created to be a servant owned by private citizens, who, by some quirk of fate, becomes a sentient being with emotions, wants, and needs of his own.  Whenever someone thanks him for his efforts, his reply was the same, 'It's a pleasure to be of use.'  However, that line was delivered to underscore his subjugate position, rather than illuminate any better motives or higher meaning.

For me, it is entirely the opposite.  To offer service to others brings me great joy---a true pleasure.  To know I am where I should be when I should be, that the Lord has sent me to that spot to be the answer to someone's prayers or provide the assistance they may not know they require, brings such a feeling of love and tenderness, a closeness to the Lord and his purpose, it is impossible to duplicate.  The joy of serving Him provides all the thanks I require.  There is no sacrifice when rewarded with the increased closeness and greater understanding of my Savior such service brings.  There is nothing that can compare, and I wouldn't trade it for all the wealth in the world.  Payment would utterly spoil it.

Side bar:  interestingly, the police never appeared to render aid to Mrs. Strack because they were all engaged in a prolonged high-speed chase at the time.  As Jeannette and I made our way from Mrs. Strack's house to our destination, we drove past the scene where it ended, after we passed a cop car mashed up and sitting at the side of the road.  The news helicopters circling overhead and the fleet of police vehicles assured us exactly where little old ladies stand in the grand scheme of things.