BEYOND THE WAIL Book Review and Blog Tour 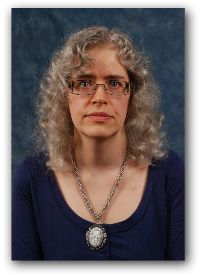 About today's author: A. F. Stewart:

A. F. Stewart was born and raised in Nova Scotia, Canada, and still calls it home. The youngest in a family of seven children, she has always had an overly creative mind and an active imagination. She is fond of good books (especially science fiction/fantasy), action movies, sword collecting, and oil painting. Ms. Stewart is an indie author with several published novellas and story collections in the dark fantasy and horror genres, with a few side trips into poetry and nonfiction. She has a great interest in history and mythology, often working those themes into her books and stories. 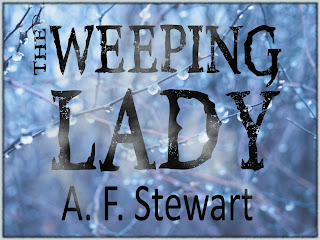 1. How did you come up with the concept of your story?


I’ve always loved ghost stories, so that’s what I decided on when I went to write my paranormal tale. And since the submission theme of the Beyond the Wail anthology was “Losers Weepers”, the the La Llorona, or “The Weeping Woman” ghost story seemed an ideal place to start. I also threw in some inspiration from the eerie tales of the “White Lady”, an oft repeated ghost phenomenon. I tweaked a few details of the original tale, added some family drama, and I had a story.

2. How did you come up with the title?


The title was simple, I combined the names of the two ghost legends. I put “Weeping Woman” and “White Lady” together, and viola, I had The Weeping Lady.

3. What is your preferred writing genre?


I love writing fantasy, preferably darker tales bordering on horror. The Weeping Lady is actually tamer and slightly more upbeat than much of what I write. Although, it is still rather dark.

4. Who is your favorite author? Who has most influenced your work?


I have two favourite authors, Neil Gaiman and Guy Gavriel Kay. They are both exquisite writers and masters of storytelling. I adore their work and refuse to choose just one. My biggest influence, though, is Ray Bradbury. His short stories warped my little child brain and imprinted the love of the written word on my grey cells forever.


I have several stories in the submission process for anthologies, including one for the charity anthology, Christmas Lites V. Plus, I have two novels in various stages of creation, a steampunk adventure book, called Racing the Hellfire Club, and a fantasy novel, The Prophecy of Seven. And there’s always a chance of another poetry book showing up in the near future. 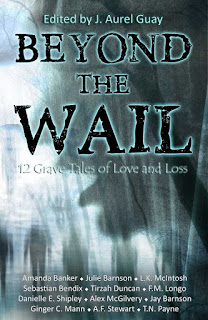 What is it about fear and the unknown that pulls so passionately at the human heart? Perhaps we are drawn not to the darkness itself, but to the resolution, the overcoming of what we most deeply dread. After all, the more terrible the struggle, the greater the victory when it comes at last. Presented in this anthology are twelve remarkable stories of the darkness that overshadows us, and the resolution that may be found beyond them. They are stories of fear and oppression, but ultimately stories of hope, stories that will take you BEYOND THE WAIL.

True confession: I'm not a fan of paranormal or ghost stories. They're just not my cup of tea. I'm so much not a fan, that when Xchyler held this particular short story contest, our third in the paranormal genre, I left judging the forty-four entries up to my compatriots. I just didn't want to go there. And, I trusted them, implicitly. And not without good cause.


At Xchyler, our process is for all the editors to read at least three stories, and each story to have at evaluations from at least three editors, so that we get a nice rounded perspective on the stories. Huge kudos go to McKenna Gardner, Danielle Shipley, and content editor J. Aurel Guay who read Every. Single. Story. The good, the bad, and the ugly, until their eyeballs bled, surely. Without them, the contest still would be waiting to be judged.

Another note about judging: this is an anonymous contest. Our system allows editors and established Xchyler authors to enter the contest and be judged on the same playing field as new authors. Editors doing the judging (such as Danielle) simply refrain from judging their own work. Since the judges are allowed to pick and choose which story they will read, the empty columns don't tell us anything either. We do have fun testing our own familiarity with an author's voice, however. Sort of like the game Concentration: match the voice to the author.

My involvement in this project came when all was said and done, at the final approval stage. After Justin had pounded the the stories into the proper shape and size, after Shauntel picked and prodded the grammar, and after Danielle pulled out her fine-toothed comb to find the typos, I got to read the finished product and tell them to go back and start over. :-/ Actually, they did a fantastic job, and precious little required fixing. It's editors and writers like this who make my job a pleasure.

And, about that aversion to the paranormal: I actually enjoyed reading this book. I had fun getting to know the authors new to Xchyler with this anthology, and reading the stories of our repeat offenders have become like visiting old friends. Perhaps because they have become such good friends.

My other involvement is in the cover and the trailer, both of which are me from start to finish for good or for ill. Not happy with the trailer as the music totally sucks, but, the cover works for the spectrum of stories in this project. Quite well, actually. We also pounded out some options for the title, then allowed the authors to vote. Over all, this project wasn't nearly as painful as I expected it to be.

In the past, Xchyler has set the word limit at 10-15k. However, with the ever increasing number of entries in our contests, we decreased the word count to allow more winners, and set this one at 5-10k. This is more in keeping with a typical short story anthology and what readers expect. These are nice little bites of spookiness or weirdness, most of which will give the reader a good shiver but otherwise allow them to sleep at night. All are well-written with each authors' unique voice. Each has its strengths and weaknesses.

Being the parent that I am, I hate to play favorites. However, I will say that Tirzah Duncan makes me wish that I could write. Today's featured author, A. F. Stewart, has likewise taken on the gut-wrenching realities of life and haunted them with one or two supernatural occurrences. Both these authors have done an excellent job in making the frailties of humanity far more threatening than anything beyond the grave.

Thanks for the lovely post. I agree about Tirzah. Her story and Dead Water are probably my favourites in the book.