“A daydream is a meal at which images are eaten. Some of us are gourmets, some gourmands, and a good many take their images precooked out of a can and swallow them down whole, absent-mindedly and with little relish.”     —W. H. Auden 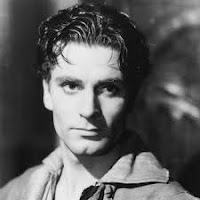 When I was writing a sequel, I knew who my characters were.  At the beginning of Pride and Prejudice, the wonderful Mr. D. is reserved, silent, and rather contemptuous of his surroundings and the people in it.  A pretty easy write-up.  All he has to do is stand around looking hunkilicious and disdainful, and shoot off a few zingers at our heroine once in a while.  And, since I was writing pretty much from her perspective, I really didn't have to do that much to change it.  (Which actor did delicious and daunting best on the screen is a topic for another day).

Even though I was writing a prequel as much as a sequel, it was pretty simple.  Little Miss Put-Upon went through her trials year after year after year, and the white knight popped in on occasion to ruffle her feathers by being the man of mystery who refused any intimate acquaintance.  He gets a few of his own scenes, but they are only snapshots, as opposed to Miss PU's live satellite feed.  Then, voila!  The next time he appears, he's all soft and gooey, giving into his lustier more tender inclinations and marrying her.  The biggest problem I had was keeping on the path.  The more I wrote, the less the love birds resembled Jane Austen's characters and became more my own. 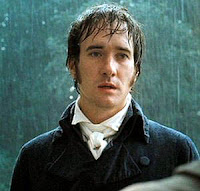 Before I decided to abandon the sequel idea altogether, I had brought the first novel to submission stage.  The one-edit run-through I began with my brother did the dastardly deed, it died an ignominious death, and the manuscript was declared dead in the water.

I had an ending, and a pretty dang good one, in my own estimation.  Lover Boy was all fleshed out and forced to quit waffling and decide where his true loyalties lie.  Pushed to her limits, the Mrs. settles on the only course of action she can take and still retain any self-respect.  However, now, because the tale is told from Durant's perspective, I have to go back and follow his journey from lovelorn lad to cold, hard and calculating fatherless son with a mangled heart who really is worth saving.  Plus, he makes himself doubly repellent to Sandy because he does not want her to fall in love with him accidentally. 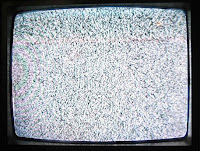 With the first eleven chapters under my belt—the introduction of the characters, the stage, the scenery, the setup, the groundwork for the Hail Mary plot line and the shorter frog hops for that particular novel in the series—it got down to brass tacks and I had to write the first really pivotal scene for Durant, when he has to harden his little-boy-lost soul because of a catastrophic failure.  He must be cold and calculating with ice in his veins to pull his crew out the death-threatening situation.

. . .  But he's soooo gooshy!  How can I write that?  It's' a heckofalot easier to write the effect such a person has on the people he influences than to write how he feels about himself for being that way.  How could he possibly have that much villainy inside him?  Does he know himself at all?

More mah jong.  The thing about mah jong is, it's the perfect prescription for inducing an altered state of consciousness.  Freecell, Solitaire and Tetrus are good too, but mah jong is my drug of choice.  I tell myself solving mah jong takes more intelligence than Freecell, and Tetrus is just hand-eye coordination anyway.  Solitaire isn't even worth mentioning.

But, I digress.  Because I already know the end—the entire story, really—when I ponder how I am going to resolve a difficulty in continuity or make it less trite or decrease the treacle or give the characters more character, I really don't think linearly.  The path in my head from here to there has been trampled to permanency.  The biggest challenge is finessing the script finer details.  And, because I already have the plot, disparate scenes just pop on screen whether or not it fits in with my plans for the day.

I say 'pop on screen' because, when I at last hit on a solution to the point of difficulty, the scene takes on a life of its own and plays like a movie.  The characters bloom into life and reveal to me subtle nuances of themselves I had not before considered.  It's like the last tumbler falling into place to open a lock.  And, while I should be writing it all down, I sit there with my eyes glazed over, inanely clicking those silly tiles.

But the cool things going on in my head!

I'm so good at this out-of-body experience that when I am forced back into the real world to attend more trivial matters, like answering the phone or changing the load in the washer or digging the bug out of my grandbaby's mouth, when I sit back down at the computer, I look for the remote.  No lie.  It actually takes me a moment to remember I wasn't watching a movie.  It happens the other way around as well.  Say I have ironing to do or laundry to fold and I cast about for a movie to watch while I'm doing it (I don't watch TV), a random scene from the story pops into my head and I have to concentrate to remember what movie that was.

I have a paperback copy of the complete works of Jane Austen that is tattered and dogeared, with the surface the cover rubbing off because it's been handled so much.  If the thoughts in my head were literal volumes, they would be in far worse condition, if they still held together at all.

There's also the shared history scenario.  Since my major characters have been around for the better part of ten years, they're part of my well-worn past.  "Remember that time when Piper nearly killed Hilary because of what he did to Sandy?  Or when he and Reg started fighting over 'that creature' and Sophie had to break it up.  They could have killed her!  Merit is such an idiot.  He doesn't even deserve Sandy if he is going to treat her like that.  How can he and Piper remain friends after everything that has happened?"

During Sandy's bout of pneumonia, I paced the floor with Piper until he wore a path in the rug.  I've wandered about Stillbrook park with Sandy so much, I know every hill and vale.  I feel Sophia's despair and hopelessness as she sits atop Arlin's rock, alone and abandoned waiting for someone to come rescue her from her fate.  I know the heartbreak in store for Julia and see no way around it.  Sometimes I want to slap Paris, he can be such a jerk, but no one should be held accountable for the stupid things they do before the age of eighteen.  And anyway, how can anyone stay angry at that face?

I know the sound of Zeus' bark and Galahad's hooves at a full gallop, and the smell of lowing cattle snug in their stalls during an one-hundred-year storm.  I know the flap of Piper's riding coat in the driving rain and the unnerving appearance of him and his mates looming dark and sinister on the threshold of some roadhouse in the dead of night.

I think I'm probably a little in love with Sir Alistair.  He, General Stoneleigh, Lady Olivia—they're all comfortable old friends with noble hearts, but they must struggle their way through the mire of their unhappy lives.  Each of them deserve their fondest dreams which they keep sealed away from the world.  I'm afraid I am going to have to kill off Lord Dovedale to do it.  As for Lady Eliza, the wizened old crow, will she amend and return to the great lady she once was?  Or will she do everyone a favor and die already?  Honestly, your guess is as good as mine.

I think some of my best friends are Mr. and Mrs. Sterling.  They may possibly be the most human, painfully flawed but worth restoring characters in my book.  They certainly have had a time of it for the past twenty-odd years.  Little wonder they scarcely speak to one another any longer, and they play their power struggles through their children.  But, one of the first things that happened way back in the day was that they began to inch toward one another, tentatively, afraid to be rebuffed, too much slaves to their habitual responses to one another, but they have to hope for themselves and their family.  If they remain committed to creating a new life for themselves, there's no telling what may happen.  Parents of grown children having babies?!!  Ewwww!

I have wept with Piper as he knelt at his father's deathbed, and know the chill of standing beside him before the great man's bier, surrounded the cold stone of the mausoleum which once had been his home.  I have felt his doubt of himself, his honor and duty, the worth of his family's legacy, those he once trusted, and even the plots set in motion by his infallible father.  How dare he gamble with Piper's heart and then leave him to alone brave the loss!

It's all in the programming, 369 stations and all commercial free.  Like my sleeping husband, my thumb resting on the remote has a twitch.  So my new strategy is to write whatever episode chances to stick at the moment, and if perchance I get nothing but static, there's always Facebook.  Something eventually turns up.  It always does.  But, I absolutely hate when it gets stuck on one of the Spanish channels.

. . .  My only concern is, exactly when does one cross the line between daydreaming and a complete psychotic break?  When I start searching for the DVD's to send back to Netflix, I'll let you know. . .  Or, start cleaning the house like mad because Sir Alistair is dropping by.

ps:  I'm really pathetic to plead, I know, but LIKE my blog and I won't feel like such a loser.

I LOVE that second quote, for starters.

When do you cross the line? When you wake up in a padded room and don't know how you got there. Until then, never suppress it.

Mah Jong is a good one for me, too. Keeping letting those characters out -- we all want to read it some day when you're ready to let your baby birds leave the nest!

Keep writing. And the pulling the bugs out of the grandbaby's mouth is much appreciated.