Make sure to enter the Rafflecopter giveaway at the end of this post! 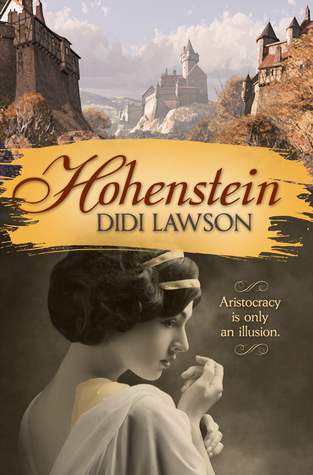 Anything but a typical aristocrat, young Baroness Marie-Louise is not afraid to roll up her sleeves and get to work, especially when it comes to saving her ancestral estate. Determined to shake loose the shackles of propriety and gain the warm family life her upbringing denied her, she has vowed to marry a man of lower rank. Blue-bloods need not apply.

But when she is forced to turn to a childhood friend for assistance, the handsome, debonair count may prove a temptation impossible to resist. Marie-Louise soon finds herself caught between the comfort of a middle-class doctor and the passion of a nobleman, with the future of her childhood home at stake.

Didi’s love affair with words began with her learning to read. She savored each sound and the melodies created when put into sentences. Also blessed with a vivid imagination, she would often invent stories to entertain friends. Given her voracious reading habits, the lack of a public library in her small German town proved a challenge. Her writing blossomed in high school, but it took years for her to truly realize her talent. Didi feels that everyone needs a little romance in their life and so ends her tales with happily ever afters. Didi has wonderful, supportive husband, three grown children, and nine grandchildren. She and her husband live on a farm in Missouri.

HOHENSTEIN is the second non-speculative fiction title that Xchyler Publishing has released and the first historical romance. It reflects our initial expansion into historical fiction, several titles of which we have in the production phase. So, what's the difference between historical fiction and historical romance? Well, as I discussed in the writing workshop I gave this weekend at Comicpalooza in Houston, TX, historical fiction inserts its characters into the action of the period, often times fictionalizing real events, imagining what notable figures must have experienced while living them. The maelstrom of history swirls around and affects the primary characters of the book. However, in historical romance, the period, time and place act as a backdrop, the staging for the drama which plays out. The "history" tends to be limited to the environment, technology, and social mores of the specified era.

When Didi first submitted her story to us as a sweet romance, I enjoyed the characters and the story line. However, I felt that Marie-Louise had greater constraints upon her than a typical 21st century heiress would. For this story to work, less liberal laws and societal mores needed to be in place to create the tension and drama for an engaging tale, and to make the protagonists' actions make sense.

Fortunately, Didi was more than willing to work with our editors, first Elizabeth Gilliland, her content editor, then McKenna Gardner as her copy editor. We are also blessed to have a resident history master on staff in the person of MeriLyn Oblad, and she proved invaluable in weeding out the anachronisms, the bane of every historical writer's existence. We were also blessed with Didi's firsthand experience. As a German national, Didi brought a level of authenticity to her work that can't be imitated.

While historical romance isn't typically my bill of fare, I enjoyed this story. Didi's characters have depth and complexity, the plot is well-considered, and there is at least as much emphasis on Marie-Louise's coming to terms with her own history and that of her family as there is on the romantic aspects of the plot. This isn't a book written solely for the romance's sake. Marie-Louise learns who she is and what she wants, and discovers that she has the strength to pursue her dreams whether or not anyone steps up to help her.

I also think it's good to explore writers from various cultures. In our post-World War II, anglo-centric society, especially since we just passed the one-hundredth anniversary of the beginning of World War I, fiction written from a German perspective seems few and far between. While Didi doesn't focus on events leading up to WWI, she does an excellent job of illuminating pre-war life and German society, which, when it comes down to it, wasn't all that different from the English and French.

While Didi could have delved deeper into her characters, the country, and the politics of the day, while she could have created more tension and a greater sense of peril, Marie-Loise von Hohenstein is a plucky, determined young lady who is willing to fight for what she believes in and refuses to follow the easy path to selling out. She wants life on her own terms, and to achieve those ends, she has to remain independent of the strings her "jet setting" mother is certain to impose upon her.

I believe Didi has done an excellent job of speaking to the readers of this genre, providing them with an intelligent, engaging plot, likable and complex characters, and a rich tableau of authentic history, without relying on titillation to hold the readers' attention. At the same time, she provides a developing friendship and journey of self-discovery that are the foundation of the best relationships, colored with just the right patois of romance. Based on those, criteria, I give Hohenstein a 4/5.

Next up, character casting!

This is the fun part of participating in a blog hop. I was assigned character casting. Although I'm not up on the very latest starlets and heartthrobs, there are a few actors that I think would be perfect for the roles in HOHENSTEIN. 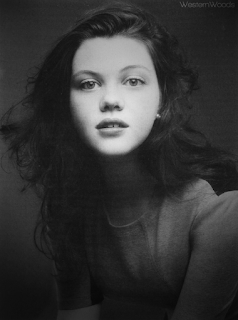 19 years old, tall, beautiful with long almost black hair. She was raised by her spinster aunt, Ambrosia, until she was seven years old. Her parents spent most of their time away from home, until her father passed away and she was sent to a boarding school in Switzerland, but spent summers with her mother in France. After one semester at the Humboldt University in Berlin she was informed that her tuition had not been paid. She was forced to travel to Hohenstein to take matters into her own hands. Upon returning to the castle, she found it in ill repair, but learned that she couldn’t touch her inheritance before her twenty-fifth birthday or on her wedding day whichever occurred first.

I really like Georgie Henley for this role. Although she's best know for her role of Lucy Pevensie in the Chronicles of Narnia films (where she outshone everyone else at the ripe old age of 9), she's got the perfect combination of innocence, inner strength, determination, vulnerability and to really bring out the complexity of Marie-Louise. Now that Georgie is an adult, I can't wait to see what she does next. 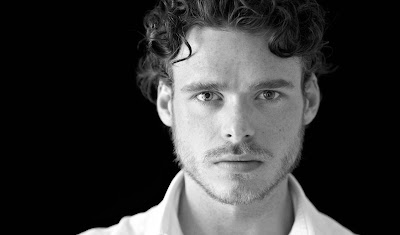 The executor of Baron Hohenstein's will, although he's got plenty of money of his own and seems to be sympathetic to Marie-Louise's plight, he does little to help her, other than in small, neighborly ways. Marie-Louise has sworn she will never marry into the aristocracy, that she doesn't want that type of life, but Ulrich, besides a friend of the family, has an annoying way of endearing himself to her. What's a poor little rich girl to do?

Richard Madden is the perfect actor for the role, right down to his deep auburn hair, athletic build, and stormy eyes. Besides his irresistible looks, he's got the perfect strong arms for sweeping a girl off her feet, but also possesses a darker, commanding, aloof side to keep Marie-Louise guessing. 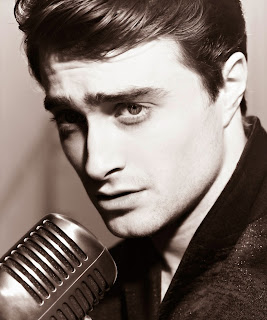 Dr. Nikolas Neff is the "every man" Marie-Louise has always pictured herself with. Dark, good looking while not devastatingly handsome, gentle, attentive, soft-spoken. He is the perfect gentleman, with absolutely nothing wrong with him, but dinner with his parents woos Marie-Louise as much as do his own manners. She likes him. She enjoys his company. She can definitely see herself living happily ever after with him . . . if only Ulrich didn't muscle his way into her thoughts.

The choice of this actor was much tougher. Freddie Highmore and Thomas Brodie-Sangster were strong contenders. Some people might rise up in revolt as I relegate Daniel Radcliffe to this secondary role, but Neff is an important character. He has a solid shot at winning Marie-Louise's heart, and we need an actor who can make that believable, make a solid stand in his own right, while still being the polar opposite of Ulrich. Daniel seems to fit that bill perfectly. 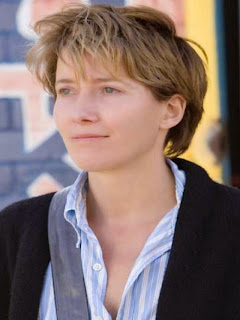 Marie-Louise returns home from university to find her aristocratic aunt living in a few sparse rooms of a shut-down castle, refusing to surrender to the every rising red ink. Because Marie-Louise has lived most of her life in boarding school, she has an image in her head of Ambrosia that is probably not accurate, and she quickly comes to learn that the lady is far more than just a sour, shriveled up old maid. They become partners in their battle to save Hohenstein, and then become friends and finally family to one another. She is more than an impoverished aristocrat. Much more.

To me, although she's probably a touch older than exactly called for, Emma Thomson is the only actress for this role. To me, this still of her in "Stranger Than Fiction" captures the whole tough but vulnerable but determined mature woman that is Ambrosia. 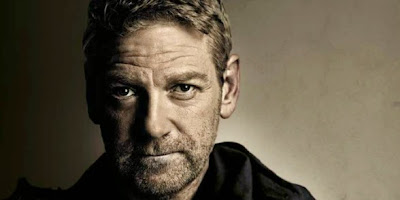 The mayor of the town of Hohenstein welcomes Marie-Louise with open arms, takes her under his wing, and gives her a position with enough salary to at least keep body and soul together, if not save her ancestral manse. The fatherly sort, he seems to smooth all the rough patches for Marie-Louise, more or less. Her happiness seems his primary concern.

But, everything is not as it appears with Mayor Schmidt. His answers seem a little too pat. He's nowhere to be found when it truly counts. It seems appropriate that this duality carries through in my choice of actor. Both Daniel Craig and Kenneth Brannaugh do the good guy/bad guy role well, but I've always had a soft spot in my heart for Kenneth, so he gets the nod.

Casting a little too predictable? Lacking in imagination? Admittedly, I'm not as current on actors as I should be for this exercise, but, for better or worse, these are my guys. Tell me what you suggest in the comments below.